It's OK for Walmart CEO to have $21.8 million compensation package, but woe to workers to want to take a sick day 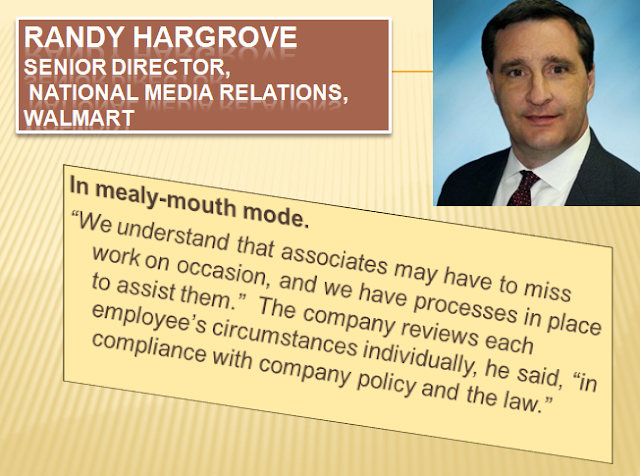 Reported in Walmart Is Accused of Punishing Workers for Sick Days.  (The New York Times, 6/1/2017)


The federal Family and Medical Leave Act (FMLA) passed under the Clinton administration requires eligible employers to provide unpaid family leave. However, unlike most other developed nations, the U.S. does not have national standards on paid family or sick leave.1 In recent years, there have been a number of local and state initiatives to expand access to paid family leave and sick days in the U.S. Employees not covered by these local laws must rely on voluntary employer policies, which can vary considerably. This is particularly salient for women, who are often the primary caretakers for children and also comprise nearly half of the nation’s workers.2 Approximately seven in ten women with children under age 18 were in the labor market in 2015.3 The issue of paid leave received some attention during the 2016 election, but the incoming administration has not yet signaled any plans.