Once upon a time, a hotel named Swastika didn't raise an eyebrow 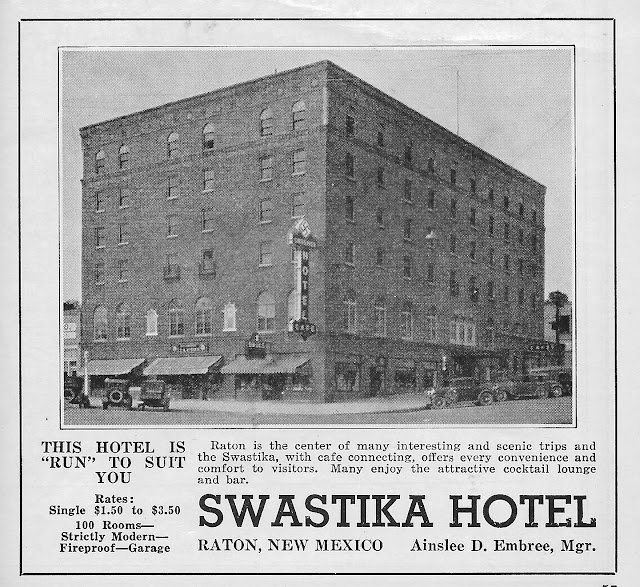 
Very apparently, based on the above advertisement.  Today, this would be considered an unfortunate name for a town, ghostly or otherwise. Believe it or not, years ago the swastika symbol was widely used. It was also used by Native American tribes like the Navajos, Hopis, Apaches and others (although later abandoned). The 45th Infantry Division of the United States military used the symbol until the 1930’s. Apparently, it was in wide use in the state of New Mexico, and not just by the Native Americans.