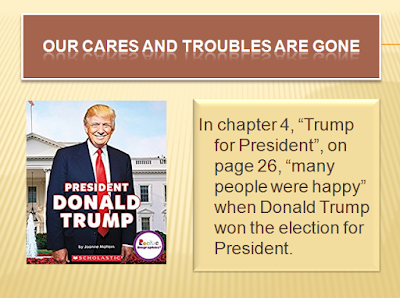 Part 6, "What the text and glossary omit", starts here. 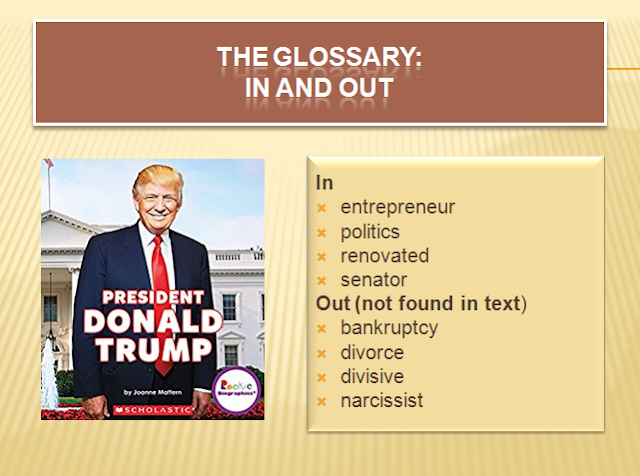 Part 5:  "Just another day at the altar: 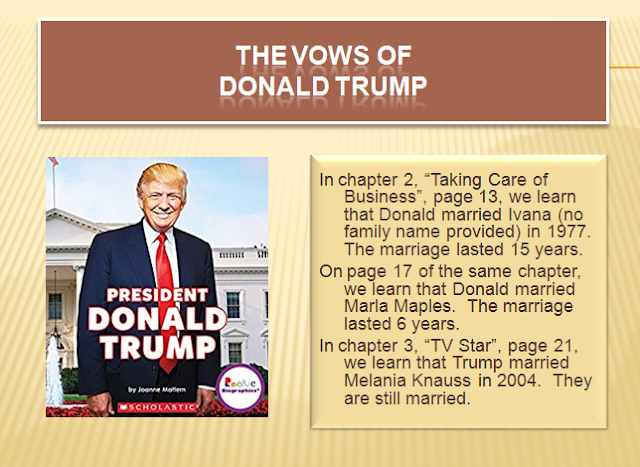 
Among the unusual considerations were how much to include scandals, including those related to Mr. Trump’s three marriages. “Ordinarily with a book like this, I wouldn’t put much of a focus on relationships and marriages, but I thought it was important,” she said. “It was from the marriage to Ivana, and their divorce, that he became a celebrity.” 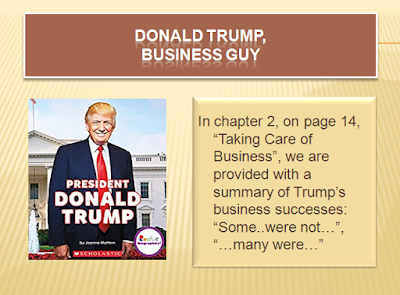 Let's take a look at some actual research. 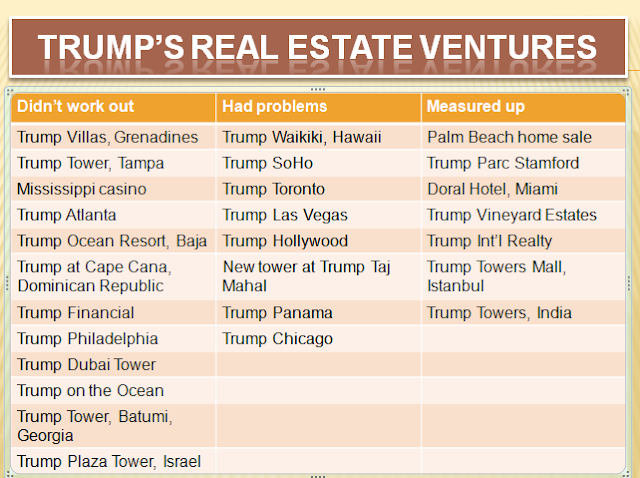 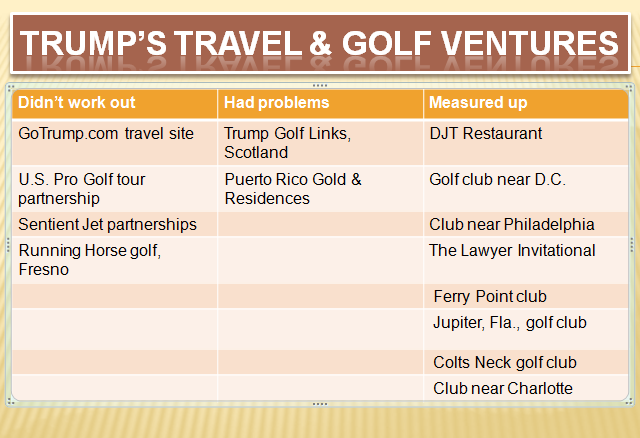 It appears that most of Trump's business ventures "didn't work out" or "had problems" as reported in Donald Trump’s Ventures Began With a Lot of Hype. Here’s How They Turned Out.  (The New York Times, 10/6/2016).


Part 3, "Young readers will have to wait for account of racist housing practices of Fred Trump", starts here. 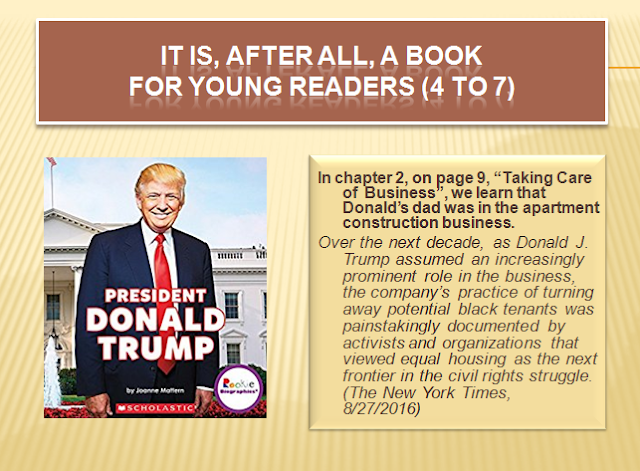 
In the days after the election, Ms. Sutinis scrambled to produce a profile of the person who was elected instead. “It was one of the harder things I have had to do in a long career of writing and editing nonfiction for kids,” she said. 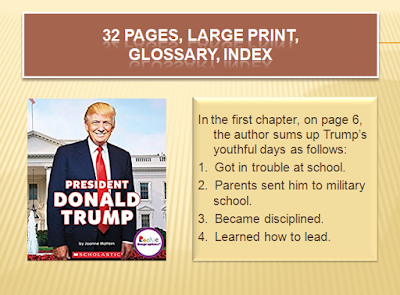 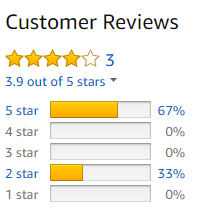 Doesn't fare as well at GoodReads. 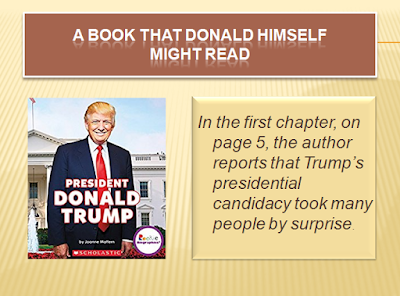 Trump has a bit of a history in toying with a run for President.

Immediately after reading the article, I placed a hold on a copy ofo this Rookie biography on LINKcat.
Posted by Retiring Guy at 7:57 AM