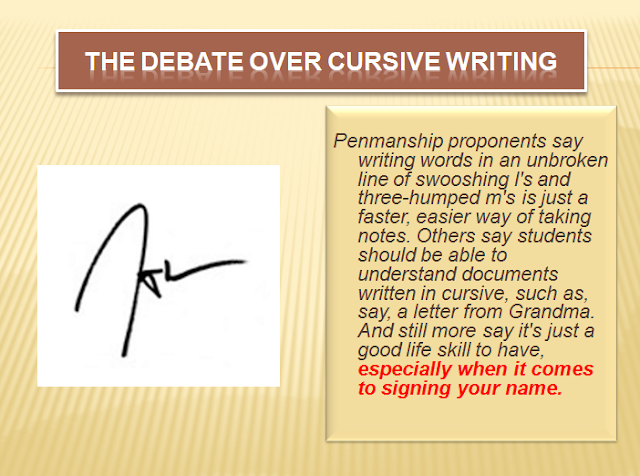 
Yes, it's an old argument.  ''Government and business found that they were losing an estimated $200 million annually because of poor handwriting,'' he explained. ''The Internal Revenue Service couldn't process tax returns and the Postal Service couldn't deliver mail. Stores lost money, too, because they could not decipher some customer's orders, and some job seekers didn't get hired because their applications were unreadable. Americans also found that, despite the widespread use of computers in business, there were still many informal occasions in life like writing to friends that required them to write legibly.'' [emphasis added]