Clearly, women in Iowa are repulsed by Trump, if not the GOP brand itself.


“He’s not really a leader,” said Diana Fern, 56, a homebirth midwife from Fairfield. “Because he doesn’t have experience, he’s not really leading. I feel like he’s reacting to situations, and he hasn’t really stated a clear vision. And I think his integrity is in question.” 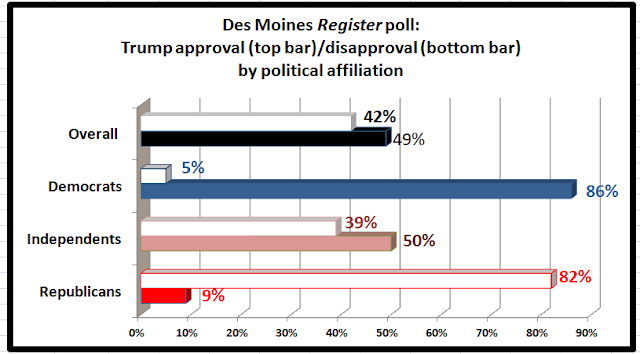 Note:  Disapproval rates for Democrats and Republicans are placeholders, as the article doesn't include these percentages or provide a link to the cross-tabs.