When it comes to issuing executive orders, Obama is something of a piker compared to other Presidents 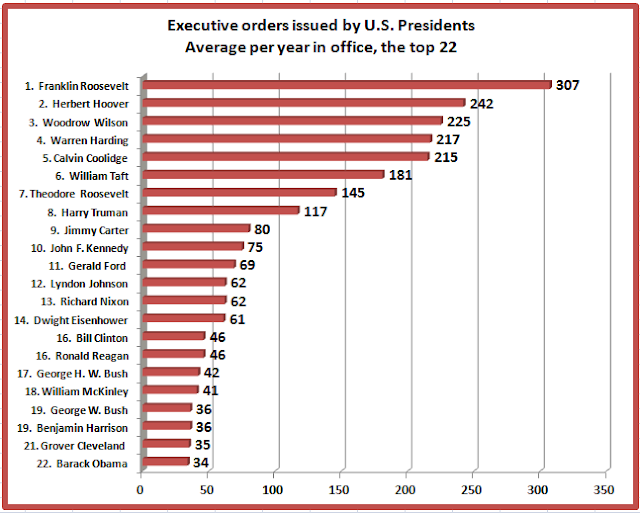 Obama has issued fewer executive orders on average than any president since Cleveland.  (Pew Research, 1/17/2017)


[Fake] Fox News described Obama, who repeatedly has turned to the executive pen to impose major changes across America, such as a rule requiring that building owners allow men to use women’s restrooms when they say they are women, and more, as “pen-happy.”

We Compared Obama and Reagan’s Executive Orders; Republicans Won’t Be Happy.  (newsgroup.speak, 1/5/2016)
Posted by Retiring Guy at 7:11 AM