Slightly lost in translation while reporting on Women's March on Washington 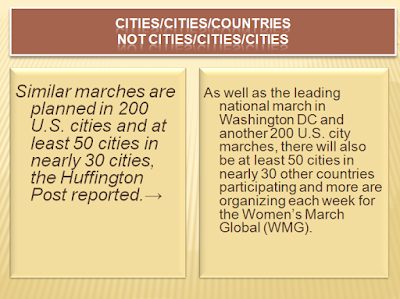 Related links:
And then there's this instrumental workout.


"City County City" appears on War's most successful album, The World is a Ghetto, released in  November 1972.  It spent 68 weeks on the Billboard Top 200 Albums chart, 2 of them at #1.  Clocking in at 13 minutes and 26 seconds, the song was not released as a single.