UPDATE. Scott Walker tries to govern for everybody and fails miserably


A proposal from Gov. Scott Walker’s administration to reduce the amount of child support wealthy parents pay could affect less than one-tenth of one percent of the state’s parents paying child support.

Wherein we find that the rich guy who started this conversation has been very generous to our governor. 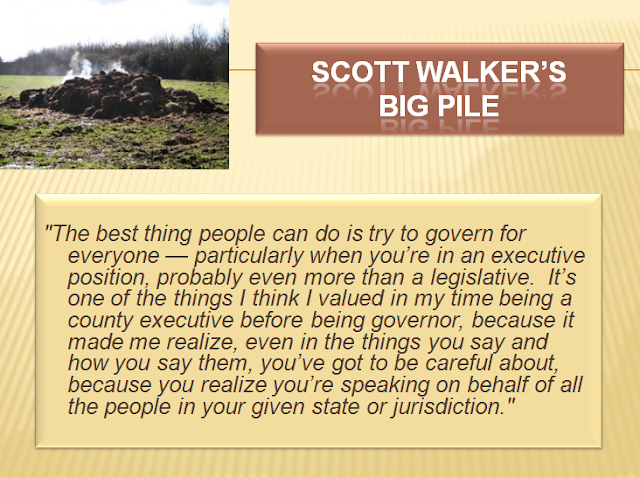 Quoted at In addressing political divide, Scott Walker says his goal is 'try to govern for everyone'.  (Capital Times, 12/25/2016)

And guess what? It's working, Wisconsin!


His message, in short, was that he was effective, unwavering, and uncompromising. There was no need for outreach or a “big tent.” With the right conservative message, Republicans could win elections—and win them in blue states—on their own.