In the news: Crime in Wisconsin 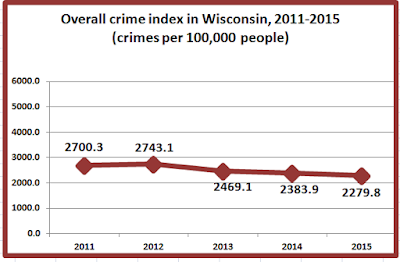 The majority of crimes fall into 2 categories:  Property and Larceny/Theft.  Both peaked in the early 1980s. 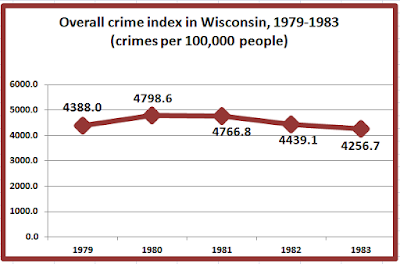 1979 to 1983 is the period of time when the Wisconsin crime index was at its highest.

More heat than light in this op-ed piece.

Some might instinctively attribute that statistic to an increase in public safety, but that fails to tell the story of the growing number of victims. While arrest rates are down, violent crimes have risen. In 2011, Wisconsin saw 139 devastating homicides.   (As opposed to uplifting ones?) 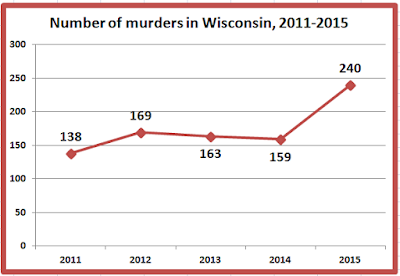 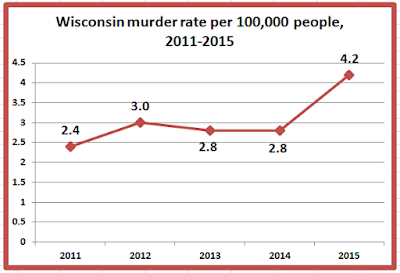 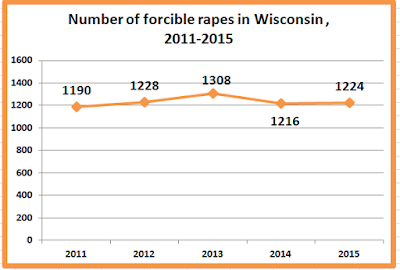 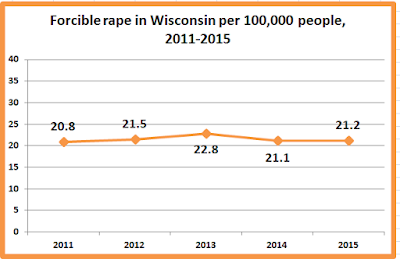 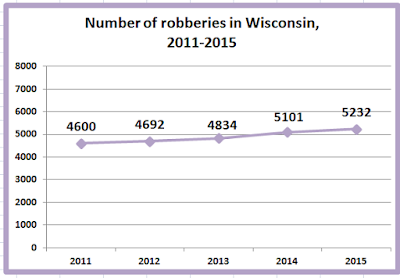 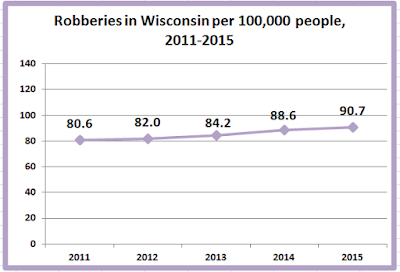 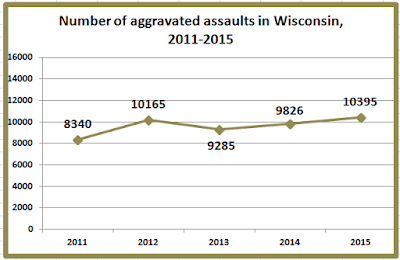 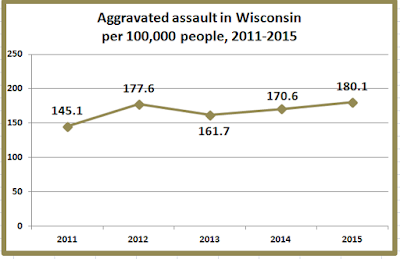 and motor vehicle thefts jumped an astonishing 50% from 2013. 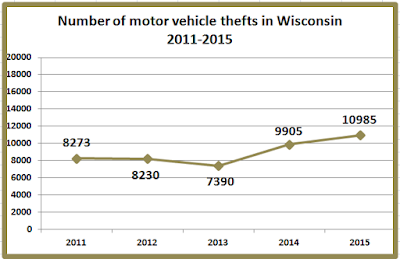 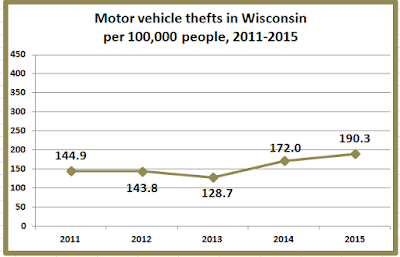 These are more than just numbers, these are the lives of victims who have been impacted by traumatic injustices.
Posted by Retiring Guy at 9:41 AM