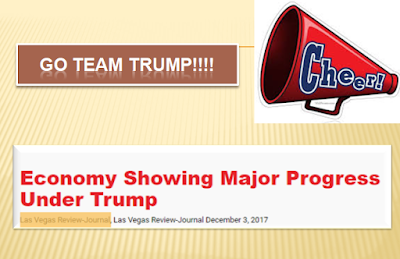 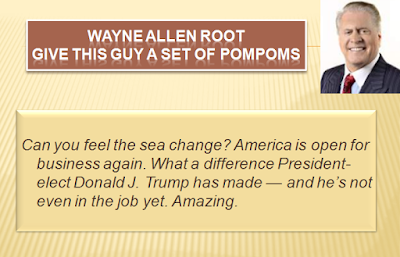 
Then there was Carrier Air Conditioner and its decision to keep its U.S. factory open (instead of moving to Mexico).


About those $7 million in tax credits.  Most of that money will be invested in automation said to Greg Hayes, CEO of United Technologies, Carrier's corporate parent. And that automation will replace some of the jobs that were just saved. "We're going to...automate to drive the cost down so that we can continue to be competitive," he said on an interview on CNBC earlier this week. "Is it as cheap as moving to Mexico with lower cost labor? No. But we will make that plant competitive just because we'll make the capital investments there. But what that ultimately means is there will be fewer jobs."  (Carrier to ultimately some of the jobs that Trump saved.  CNN Money, 12/9/2016)

Guess Wayne's been snoozin' this month,