Postcard from an era when America was great,
according to Donald Trump. 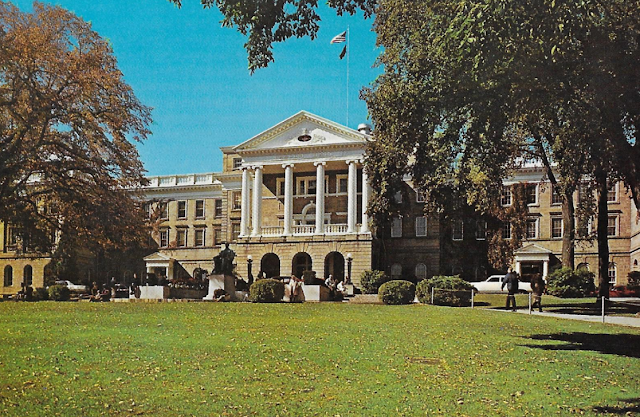 
But as a recruiter for the university, the Rev. Alex Gee recalled in an open letter to UW officials Wednesday, the fraternity controversy made it much harder to sell students on the university.

Now, as the latest racially charged controversy to draw national [and international] attention to UW-Madison continues — this time over photos that rocketed around the Internet showing a fan at Saturday’s UW football game wearing a costume that depicted a noose around the neck of President Barack Obama — Hamilton said minority students considering UW are “absolutely” paying attention.

Fan?  None of the articles I've read have explained what this person is a 'fan' of.