John D. Loudermilk got some of his songwriting inspiration at the public library 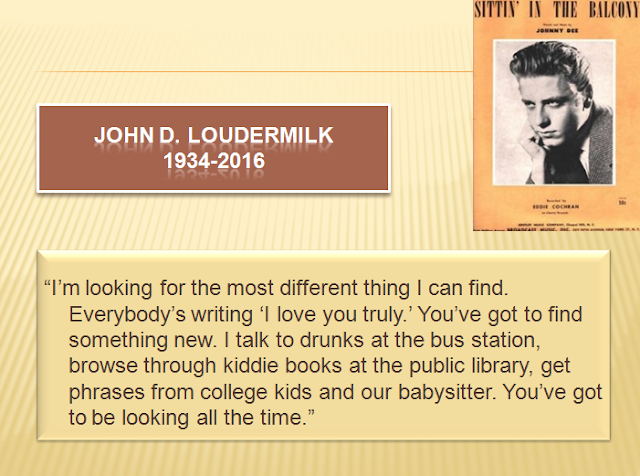 In addition to "Sad Movies (Make Me Cry)" and "Paper Tiger", Loudermilk wrote this song for Sue Thompson.  It spent 7 weeks in the top 10 of the Billboard Hot 100 from late January to early March of 1962.

A couple of my Loudermilk favorites.

A #1 country song, 'Abilene', performed by George Hamilton IV also made a dent on the pop charts, spending 14 weeks on the Billboard Hot 100 during the summer of 1963, peaking at #15.