UPDATE: Man with a tan, and a firing squad plan, invited to White House for bill signing 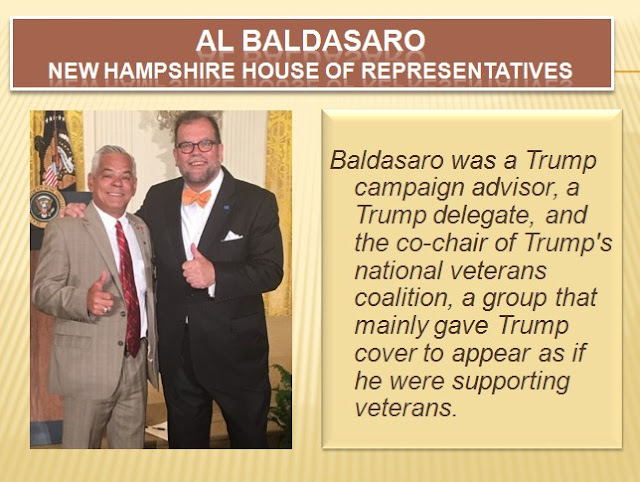 Reported in Trump Invites GOP Lawmaker Who Called for Clinton to Be 'Shot for Treason' to White House Bill Signing.  (The New Civil Rights Movement, 6/23/2017) 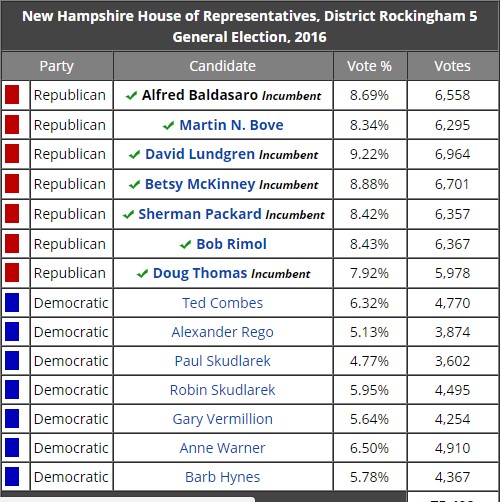 Looks like it's way past time to update his official photo. 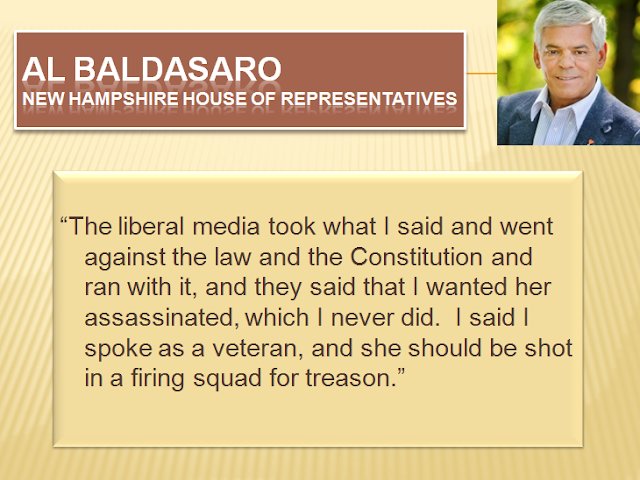 Quoted in Trump adviser Al Baldasaro: Hillary Clinton should be shot for treason, not assassinated.  (MassLive, 8/16/2016)


But New Hampshire state Rep. Al Baldasaro, a Republican who co-chairs Trump's national veterans' coalition, stressed that he was not saying someone should assassinate Clinton.