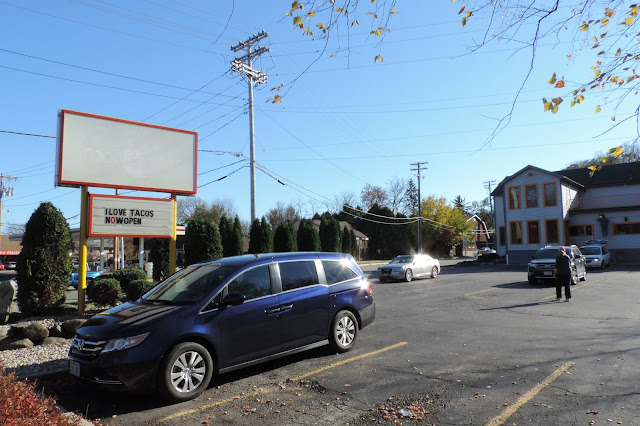 
Not only is the restaurant going to have more than 20 types of tacos, it's also going to offer a full Mexican food menu, Paniagua said, calling it an "American-Mexican mix." He said they have four cooks lined up.

Cold Fusion, which opened at this location (Branch Street and Century Avenue) in late 2014. 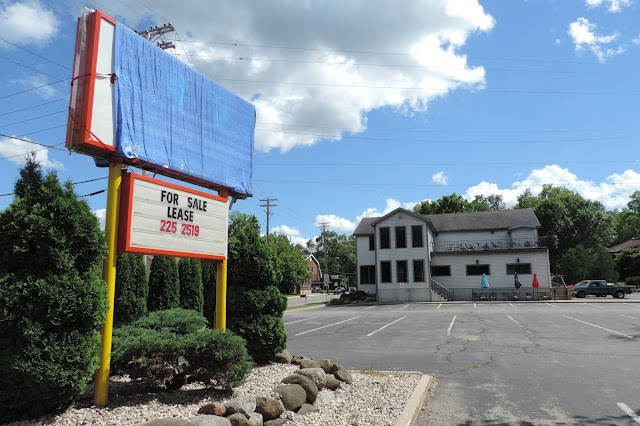 My wife and I twice visited this restaurant during its short lifetime.  We were impressed with the menu, especially the Bourbon Street Medley -- seasoned and sauteed chicken, shrimp, and andouille sausage tossed with penne noodles and a cajun alfredo sauce.

But like the late and not-so-lamented Max's Farm Table, the service was spectacularly awful.  On our second and last visit, our timid server -- definitely not cut out for this type of work -- approached our table more than 5 minutes after we arrived.  And it was a very quiet Saturday evening.  Ominously so.  (Which is why spotting the drape over the sign yesterday was no surprise.)  Once our food was served, she appeared to vanish from the premises.

Perhaps it was a case of too much too soon.

And in the case of the Middleton location, the interior needed a thorough makeover to remove all traces of the former occupant, the Branch Street Retreat.  It seemed as though this Cold Fusion just couldn't figure out what it wanted to be.  A casual hangout?  A dinner destination?  A family-friendly restaurant?  It failed on all counts.