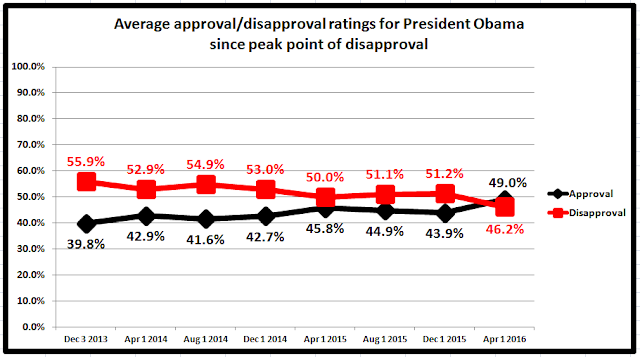 The most revealing and underplayed development of the week is Gallup's finding that President Obama's approval rating hit 53 percent (not once, but three times). This was its highest level since April 2013. (April 16th, according to RCP.)  If the people of the United States had lost all confidence in their institutions, the president wouldn't be enjoying such a surge in popularity.