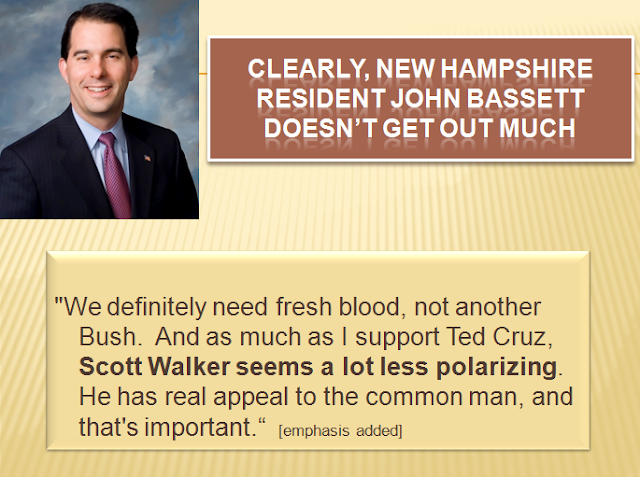 Baby, scratch my back.  According to Smith's bio, he was named the best political writer in Florida.  What we aren't told is that this superlative is a personal and decidedly dubious assessment made by Chris Cillizza, a political reporter for the Washington Post, who is best known as the author of the daily political blog 'The Fix'.

A selection of What Smith and Bassett should have been reading:
Scott Walker: Could he be the most polarizing governor in America?  ( Milwaukee Journal Sentinel, 3/8/2011)
The Polarizer: A look at what makes Scott Walker tick.  (Capital Times, 2/11/2012)
Scott Walker and the most polarized state in the country,  by [ahem] Chris Cillizza.  (Washington Post, 4/4/2012)
Posted by Retiring Guy at 10:14 AM