A lifetime of road trips, mapped

My fascination with maps -- road maps, in particular -- began when I was in grade school.  During the course of a summer, I biked to most of the gas stations in Warren PA and helped myself to 1 or 2 free maps at a time.  I amassed quite a collection by the time school started.

I learned to enjoy traveling from an early age.  During the summer of 1950, when I was all of 9 months old, my parents and I traveled from Auburn, Washington, to Rockford, Illinois, to visit my dad's family.  (I have no memory of this trip, of course, except through what is supplied by photos.)

The orange dots on the color-coded map indicate the roads taken during the 1950s.  Unfortunately, it is an incomplete accounting.  By the time I started to work on this project, Dad was well into Parkinson's, and Mom, who didn't get her driver's license until 1960, could offer no suggestions. 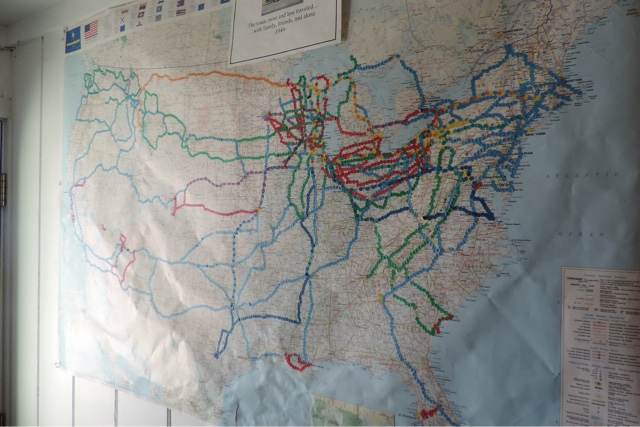 This more detailed look at the map tells you where I have spent most of my 66 years. 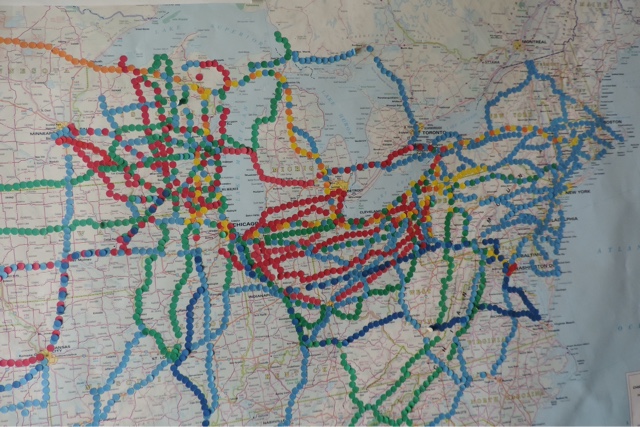 The yellow dots represent 1960s road trips, which were almost exclusively family vacations to the Midwest to visit Dad's family and to New England to visit Mom's family, usually on an alternating summer schedule.

Most of my long-distance travel during the 1970s -- indeed all of my cross-country travel during the first few years of the decade -- was done by thumb, which accounts for the proliferation of light blue dots. 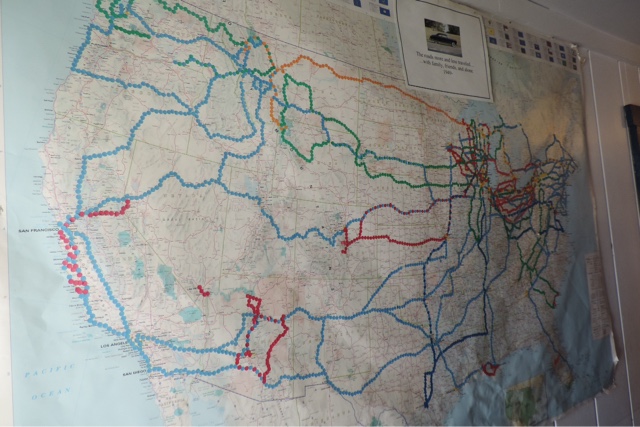 Green dots represent 1980s road trips.  The Oregon gap is puzzling.  Individual dots lost their adhesiveness are time went on, but I don't recall a whole stretch of road giving it up.  Maybe I just ran out of green dots. 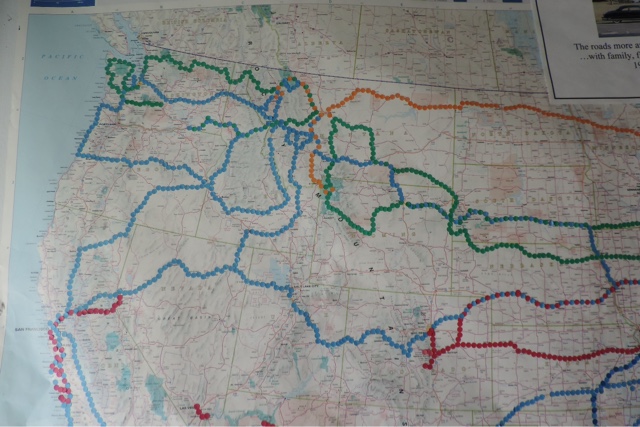 The red dots the bring us into the 1990s, when we sometimes reached our travel destinations by plane.

I never bothered to update the map to include the 21st century, which would have allowed me to expand into Maine, New Brunswick, and Nova Scotia.  And once falling dots become a daily occurrence, I decided it was time to take the map down, roll it up, and toss it in the recycling bin.

All that remains are these photos.