Scott Walker knows everything about distraction and nothing about Latino voters


The Wisconsin GOP talks jobs and education but focuses on divisive, base-focused social issues and taking away local control.  That's the kind of distraction that's been going on since January 2011. 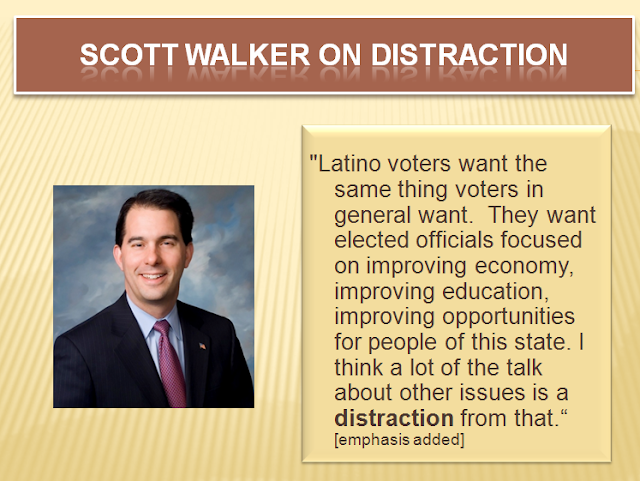 
But Zeus Rodriguez, a Latino conservative and Milwaukee school voucher advocate, criticized the immigration status measure, saying it has damaged what he called the fragile relationship between Assembly Republicans and Wisconsin Latinos.

You're just encouraging this kind of legislative behavior, Zeus.   ($900 to Republicans)