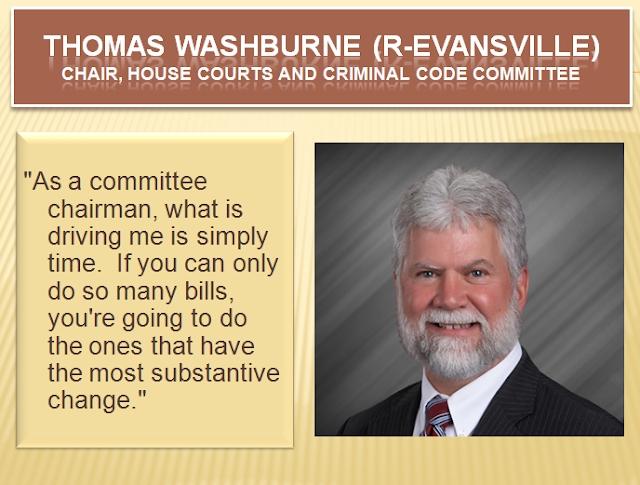 
Washburne is on record as being against the bill. The bill was scheduled to be heard next week — the last week for committee hearings in the Legislature — in the House Courts and Criminal Code Committee. But its chairman said the panel doesn't have enough time.


Indiana is 1 of 5 states without such a law.