I guess this would be on The Donald's level.

The Ricketts see things differently than Trump, as reflected in their campaign contributions. 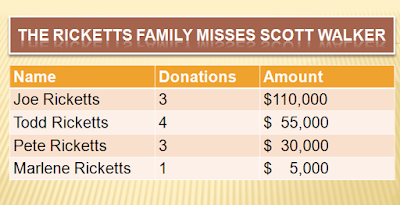 Except for Laura, that is, who contributed $5,000 to Mary Burke.