Dear Jesse Kremer, Inspector General Alan White backed away from his specious claim. Will you?

In a case closely watched by state clinics, as well as their political allies and opponents, [Scott Walker appointee] Inspector General Alan White reduced the amount of money his office is seeking in repayment by 93 percent.  [emphasis added]

White acknowledged that the state’s own instructions on billing practices had “created confusion,” according to letters sent to the clinics. 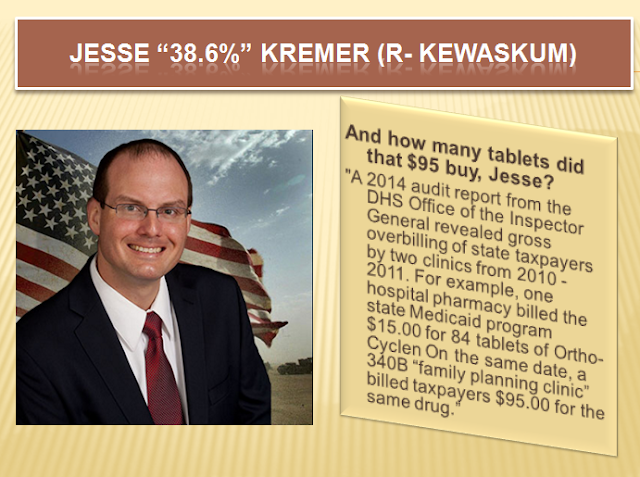 Clearly, Jesse has no shame.

He and the gasket-blowin' Bob Gannon are running neck-and-neck for the title of Wackiest Ship in the Wisconsin Political Army.