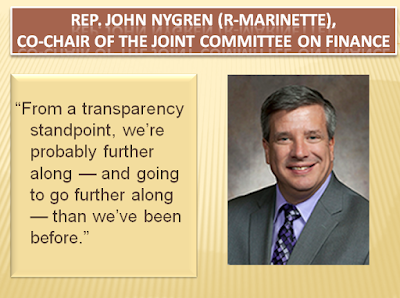 
Before 2011, this kind of motion advanced by the Joint Finance Committee typically spanned fewer than 10 pages and included fewer than 20 new changes. Some items were mostly honorary in nature while others dealt with millions in funding.

Since then, however, the committee has used 999 motions to introduce an increasing number of changes late in the budget-making process, giving fellow legislators and the public little time for react before final votes and the governor's pen.  [24 pages, 81  modification in 2015-17 state budget]