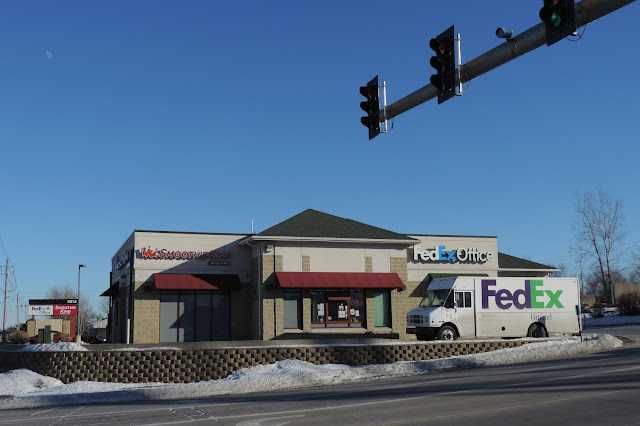 
The company was founded in 1973, and in 1989 became the first smoothie franchise in the United States. There are stores in 33 states, the Cayman Islands, Singapore and South Korea. Besides smoothies, Smoothie King sells retail items like sports beverages, energy bars, vitamins and supplements.

The company's tagline is "Smoothies With A Purpose (R)"


From day one, apparently, Middleton Police took the report of an employee theft from the Smoothie King. Store owners report that more than $5,000.00 has been stolen by staff within the past two months. Middleton Officers continue to examine financial records and store video as the investigation is coming to a conclusion.


Sorry, Trish and Donald.  I like smoothies but prefer to make my own.

Though with high visibility at an extremely busy intersection (a problem in itself), this corner has been something of a jinxed location for business.  Krispy Kreme was here for a time, but then they had myriad other issues.

It's just a -- ahem -- gut feeling, but I don't see a bright future here for Smoothie King.  They're already off to a bad start internally.