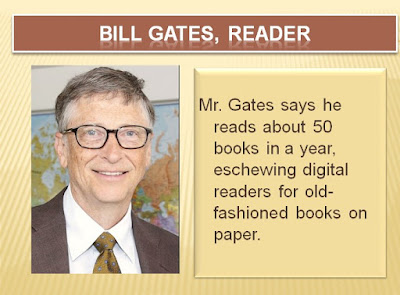 And blogs about them at Gates Notes.

According to an article in The New York Times, his reviews result in a 'Bill Gates bump'.


As publishers have become more aware of Mr. Gates’s reviews — missing the publicity they used to get from Oprah Winfrey’s televised book club or from the regular author appearances on “The Colbert Report,” which have been less frequent since Stephen Colbert moved to CBS from Comedy Central — they have tried to figure out how to get their new books in front of him. 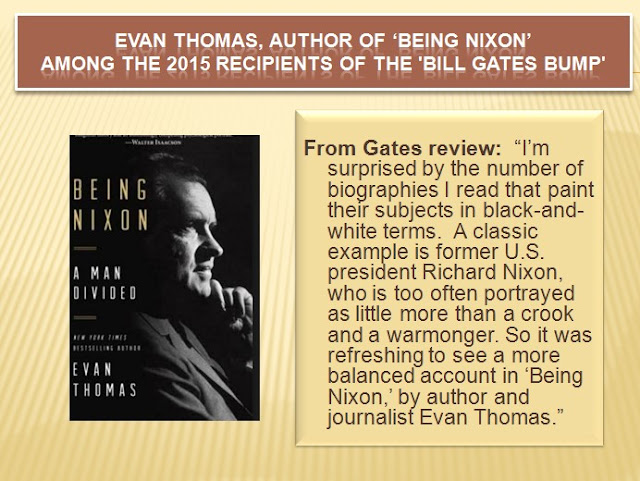