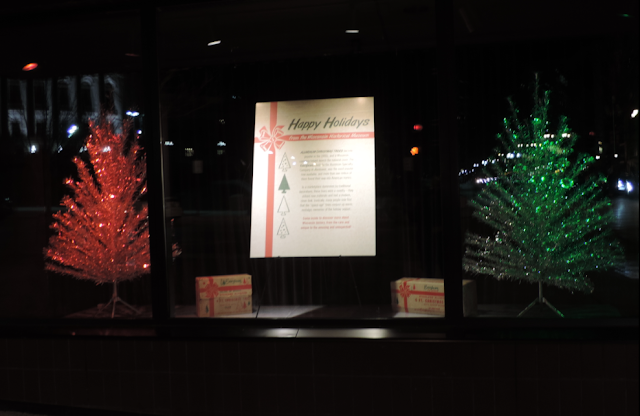 
To research the history of the company, Kapler talked to former employees. He figures production of the trees peaked in 1964-65, and the company stopped production in 1972.

During the height of the Evergleam craze, more than 60 percent of all aluminum trees in the United States came from Wisconsin — a state that, the Milwaukee Journal-Sentinel aptly points out, ranks sixth nationally as a source of real conifers, with 950,000 evergreens cut and sold each year.


I remember the craze well.  The 'Evergleam' and its knock-offs were moderately popular in Warren PA in the mid-1960s, but most of them probably ended up in the trash or someone's attic or basement a few years later.

I'm sure the colored light wheel quickly got old.