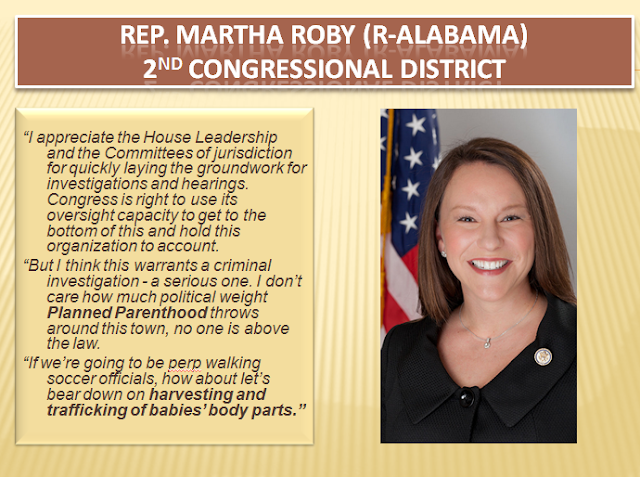 As quoted in Roby Calls for Criminal Investigation of Planned Parenthood.  (Press release, 7/15/2015)