Dear Kevin Swanson, It's not just homosexuals that the Bible sez should be put to death 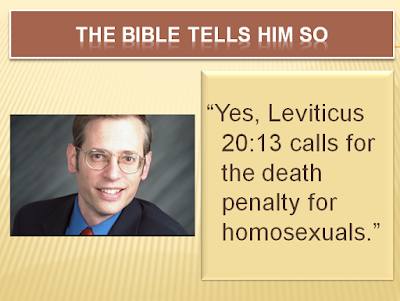 From a present-day perspective, the authors of Leviticus are like your crazy uncle. 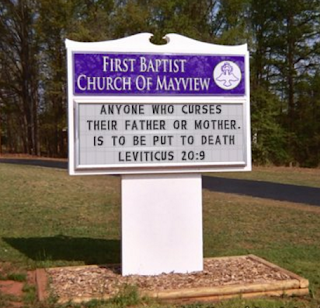 And there's more!  (The Bible according to Sam Peckinpah and Quentin Tarentino)

If a man has sexual relations with his daughter-in-law, both of them are to be put to death. What they have done is a perversion; their blood will be on their own heads.(20:12)

If a man marries both a woman and her mother, it is wicked. Both he and they must be burned in the fire, so that no wickedness will be among you. (20:14)

If a man has sexual relations with an animal, he is to be put to death, and you must kill the animal. (20:15)

A man or woman who is a medium or spiritist among you must be put to death. You are to stone
them; their blood will be on their own heads.  (20:27)