Dear Glenn Reynolds, The evidence suggests people of all ages aren't up to the task of voting 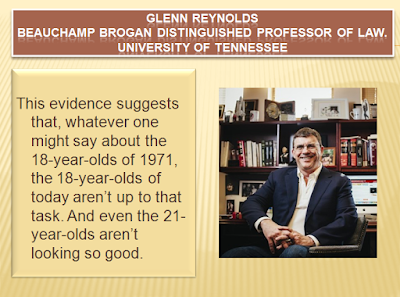 Some of the numbers:

Some of the historical numbers:

If so, you might want to consider this evidence.  (I'm still looking for comparable baby-boomer and gen-Xer polls.)

Yes, once we get past our 25th birthday, it's adult conversations 24/7.