Begging for help, Scott Walker asks, What's in your wallet?


From an email solicitation sent to supporters. 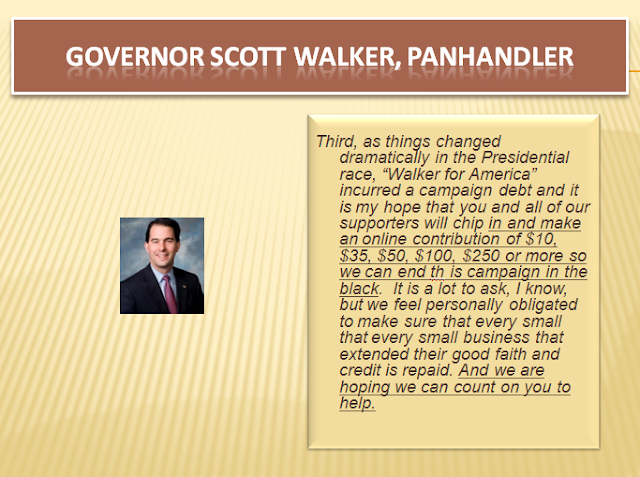 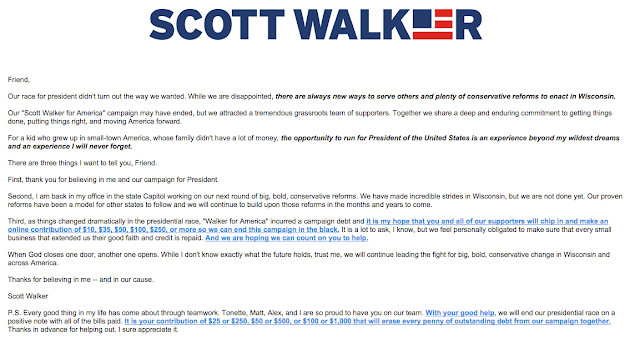