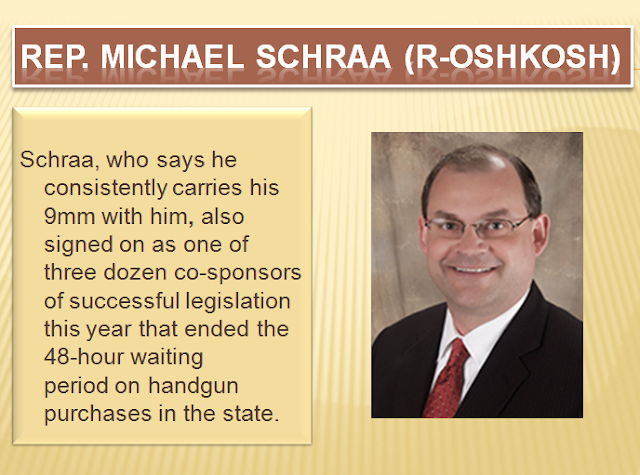 Photo credit:  Wisconsin State Legislature
(note the short list of authored proposal while you're at it)

As reported in Lawmaker, couple disagree on whether he showed pistol during visit.  (Milwaukee Journal Sentinel, 10/29/2015)

Jeri Bonavia, executive director of WAVE, said that two volunteers for her group from the Milwaukee area told her that Schraa had taken out his wallet and concealed carry permit from his left pants pocket and a small holstered pistol from his right pants pocket, with the retirees describing the holster as black. He showed the gun and permit while making a point about his support for gun rights, she said.

Meet Michael "I Am Constant" Schraa 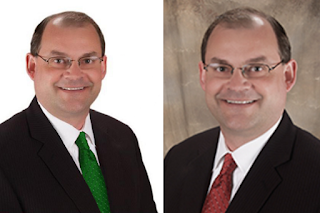