The Warren National Bank in postcards


The Warren National Bank building has been a prominent architectural feature of downtown Warren since 1900. 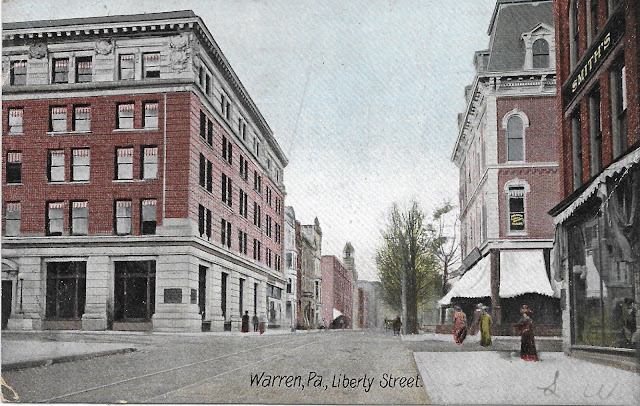 It opened for business when walking and bicycling -- and horse-drawn conveyances -- were the primary means of transportation. 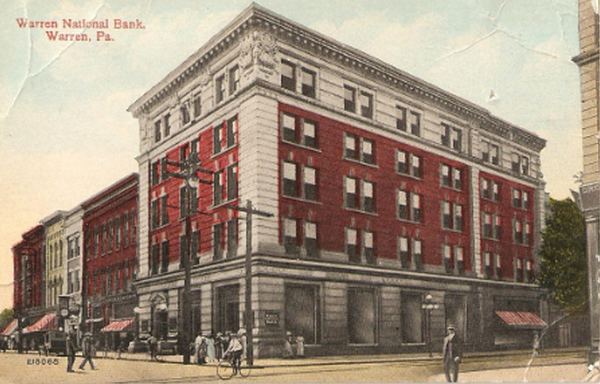 A view from Smith's -- soon to be Metzger-Wright -- Department Store. 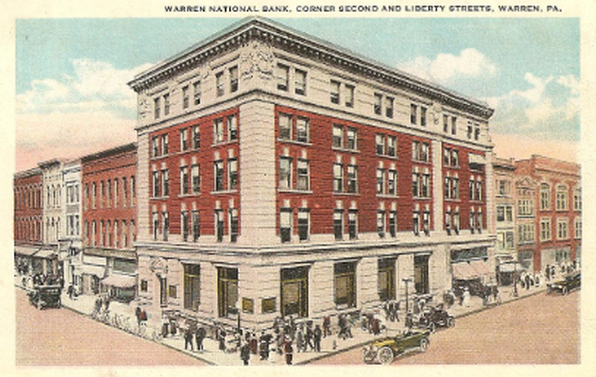 
With more customers moving away from doing their banking in person at their local branch, fewer physical locations are needed. "It's due to a change in the way that customers are using branches," PNC Spokesperson Marcey Zwiebel said Tuesday. "Increasingly customers are using alternative channels to conduct basic transactions." 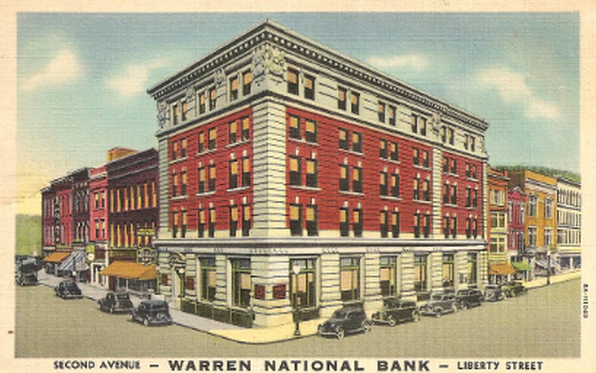 A view of downtown around the time my family moved to Warren in 1957. 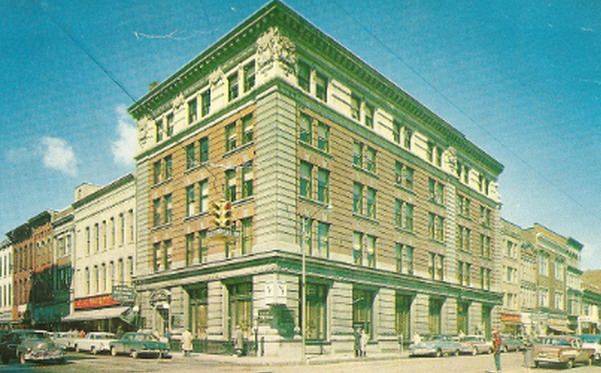 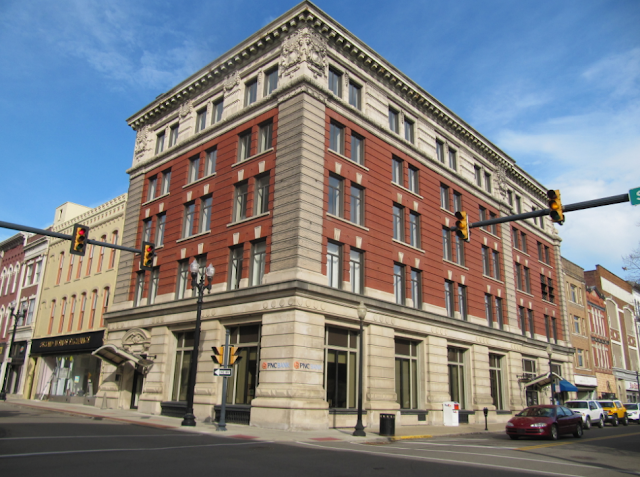