Scott Walker tells Donald Trump he didn't back down 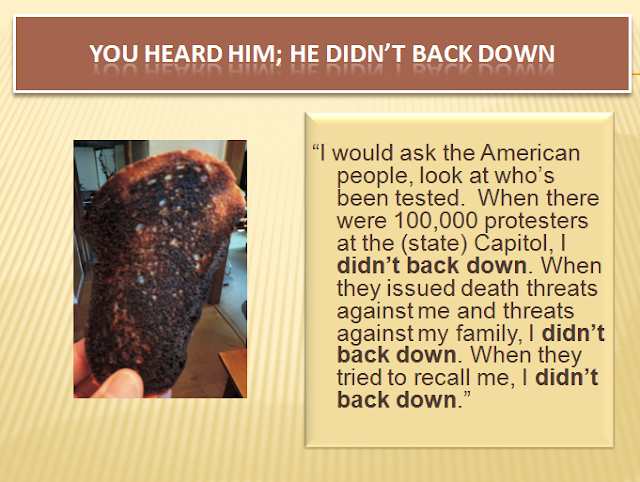 As quoted in Scott Walker goes after Donald Trump in debate, but some say it wasn't enough to revive his campaign's fortunes.  (Madison.com, 9/16/2015)

If that's the case, why can't he go in and out of the Capitol like the Everyman he's supposed to be?


So it’s a shame that he would be frozen out, but as we were chatting he reminded me that his experience isn’t unusual. He confirmed something I had assumed: Walker cannot walk through the Capitol. He is escorted in and out via Capitol tunnels.  [emphasis added]

If you’re a voter or reporter outside of Wisconsin and just getting to know our governor, give that some consideration. This is a man so polarizing and so intensely disliked in his home state that he can’t show his face in his own Capitol building. He has to be smuggled in and out like “El Chapo,” the Mexican drug lord who escaped from prison the other day through a drainage pipe.