Scott Walker and the company he keeps: Rush Limbaugh 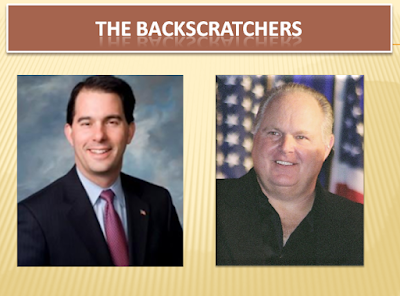 From the 2/2/2015 transcript of The Base Likes Scott Walker Because He Fights Back, The Rush Limbaugh Show.


So Scott Walker's doing it, and he is running away, and these clowns on our side don't even understand it yet. Stop and think. Here's a guy that's won three elections in four years in a blue state. He has neutered the employees union, teachers union. He's got the support of the majority of people in Wisconsin. You would think at Republican headquarters and consultant headquarters they would be eager to find out how he's done it. But instead he's looked as somebody that might upset the applecart. It's gonna boil down to how much money he can get from the donor class. 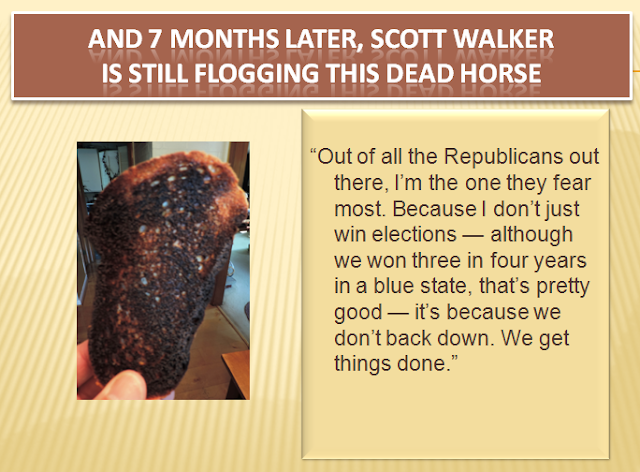 As quoted in In eastern Iowa, Walker says he is the most feared GOP candidate.  (Des Moines Register, 9/11/2015)