Mapping the latest continuing resolution 'no' votes in the U.S. Senate


The states represented by the 19 U.S. Senators happy to entertain another government shutdown. 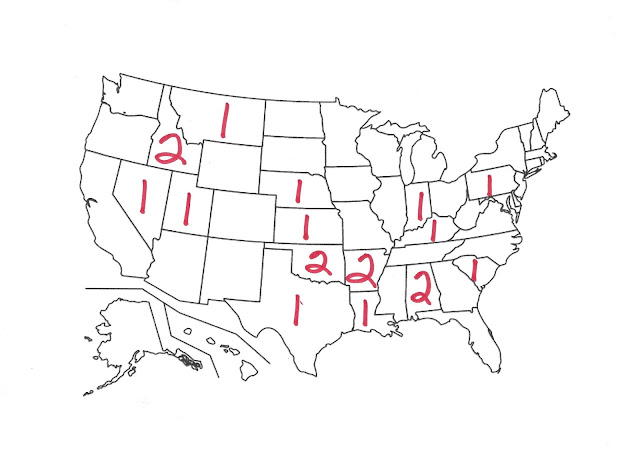 
The Senate took a key step last night in that direction, advancing a temporary measure – a “continuing resolution,” or “CR” – on a 77 to 19 vote. All 19 were conservative Republicans, though most GOP senators sided with their leadership and backed the bipartisan solution.

The Senate will move to final approval of the bill today, leaving the House about a day and a half to pass the same measure. Boehner knows that many of his members oppose the bipartisan package, but he’s moving forward anyway, relying on Democratic votes to prevent a shutdown.


To refresh your memory of the recent past.

Related post:
What Scott Walker and his fellow Republican Presidential candidates want for America.  (9/20/2015)
Posted by Retiring Guy at 7:13 AM