What Scott Walker has to say after the 1st bit of bad new from the April 7-10 Marquette Law School poll. 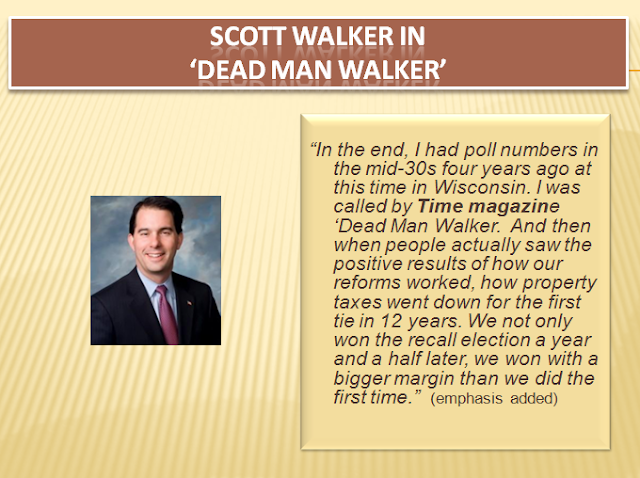 
The alleged use of the term 'Dead Man Walker' expands after a second round of bad news. 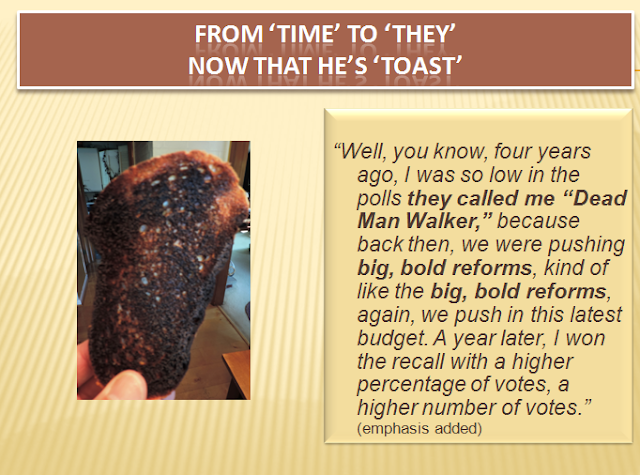 As quoted in Scott Walker Crumbles When Asked Why Obama’s Wisconsin Approval Rating Is Higher Than His.  (PoliticsUSA, 8/30/2015)

Scott Walker's has some company.

And he shares, in the least fiery way possible, how he forged ahead with other polarizing policies, overcoming a precipitous slide in the polls and a fevered recall effort that inspired a TIME headlines asking whether he had become “Dead Man Walker.”