Is Carly Fiorina running on her record? 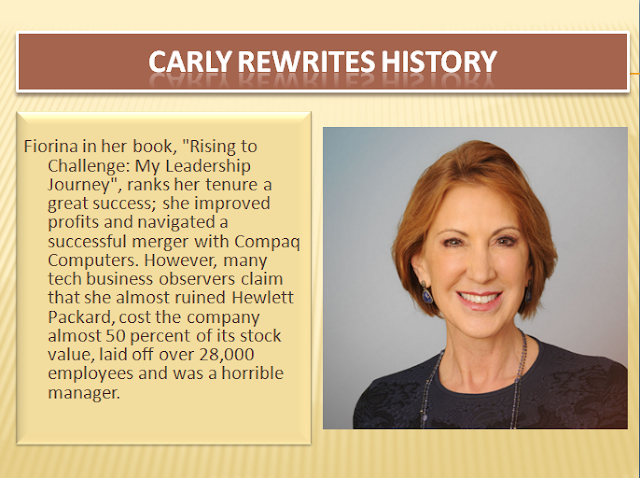 
Fiorina is running for president in part on her record in the business world, as a former executive at AT&T, Lucent and Hewlett-Packard. On the surface, that might seem like a hard sell, given that she was fired as chief executive of HP less than six years after she took the helm in mid-1999. “Carly Fiorina’s time at the top of HP was a disaster” is the subhead for a Bloomberg article that recently appeared in The Chicago Tribune.


To cut to the chase: Fiorina was fired from HP because she did a bad job. She also hasn’t held a major corporate position since she was pushed out of the company in 2005.