UPDATE. Following the money from the Hammes family to Scott Walker (the Foxconn edition)

The Milwaukee Journal Sentinel leaves the biggest news out of its headline. 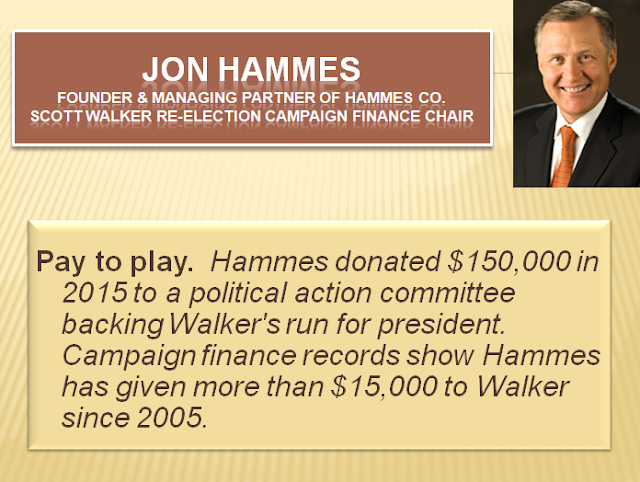 
On May 27, HF Securities LLC donated $150,000 to Unintimidated PAC, the super PAC aligned with Walker's presidential bid, according to a report filed with the Federal Election Commission on Friday. The company is registered to J. Patrick Hammes, son of Jon Hammes. It shares an address with Hammes Company and Hammes Partners II (A) L.P., both led by the elder Hammes.

The same day, the Milwaukee Journal Sentinel reported details of the deal that showed, for the first time, $250 million in taxpayer funding. The following day, Walker publicly backed the plan. He officially announced the deal on June 4.


And then there's Jon Hammes' donations to Scott Walker's Assembly and gubernatorial campaigns. 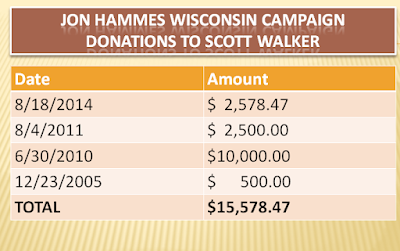