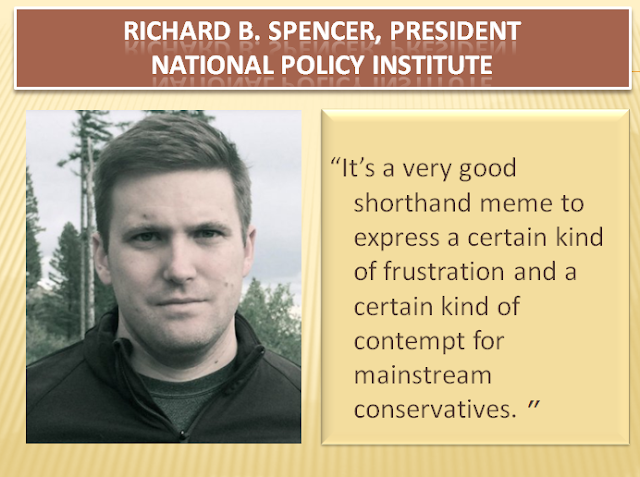 
The phrase has caught on among a segment of disaffected Republicans, some of whom hold white nationalist ideologies and who feel many of the party’s presidential candidates are not conservative enough. And they are frustrated by the willingness of Republicans in general to compromise on a variety of issues, like spending or the Confederate battle flag, or they accuse them of being beholden to their donors.


As described in the Times article, the mission of the National Political Institute is to promote the preservation and cultivation white culture in the U.S.