Using idioms to make a point about Bill Cosby 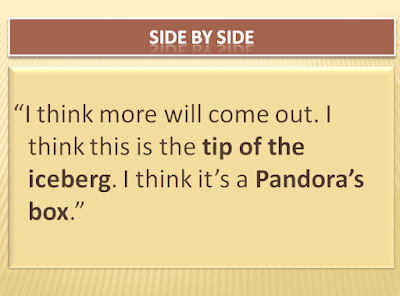 As quoted in Cosby Legal and Publicity Teams Opt for Silence After Admission Is Released.  (The New York Times, 7/8/2015) 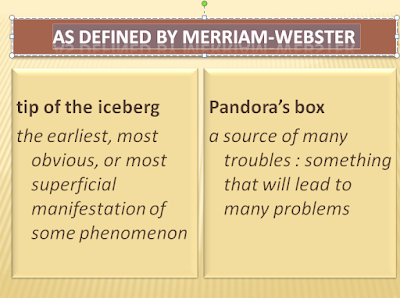 To me, the tip of the iceberg comment means that the "more than two dozen women [who] have come forward to accuse Bill Cosby of sexual assault" represent a small percentage of the total number.

And, yes, this news, which broke big last year, has long been the source of many troubles.  And for much for substantial reasons than this.   It is, indeed, a Pandora's box.
Posted by Retiring Guy at 8:11 PM