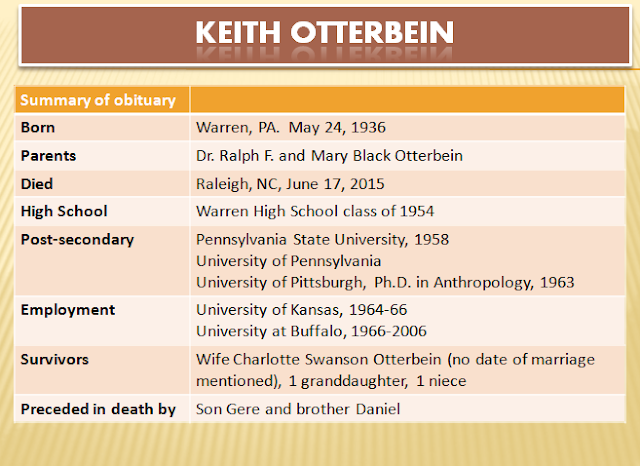 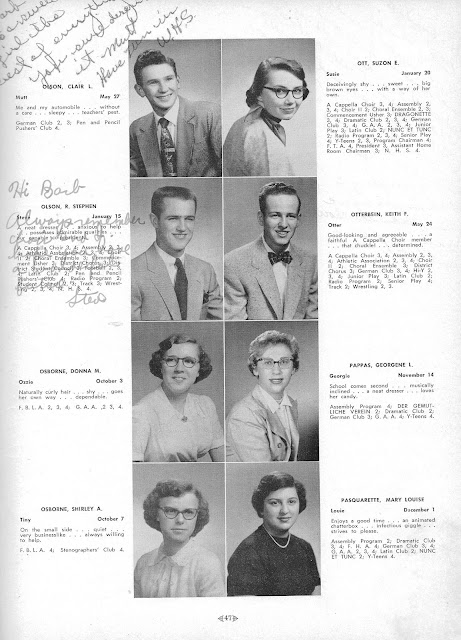 Also in the picture:
Georgene Pappas is the daughter of George and Louise Pappas, owners of the long-gone Chalet Restaurant, a diner not much bigger than a walk-in closet.  It was located between the Dairy Queen (since expanded and still in business) and Quality Markets (closed in 2010) on what was then referred to as "the 3-lane" in North Warren.

I worked for George and Louise from March to October 1966, getting paid $1 an hour.  Louise, a chain-smoker who loved to 'confide', regularly complained to me about the fact that her daughter "had to get married".  (As we used to say.)

The Otterbein family lived just north of the Library Theater.  (The public library was located on the 2nd floor until 1914.) 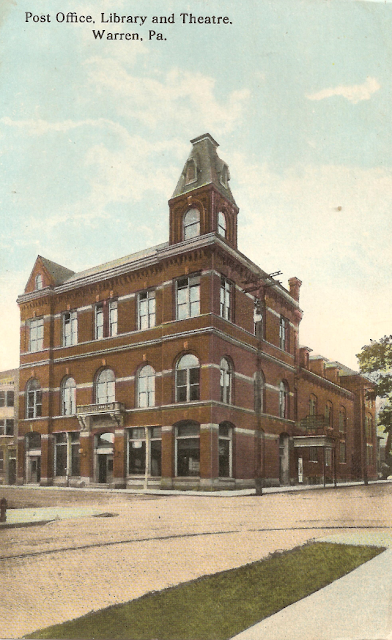 'Keith' experienced his best years during the 1960s. 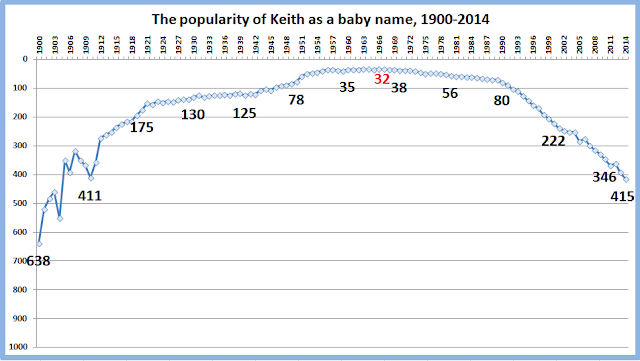