It's not OK, but the Oklahoma Republican Party can probably get away with posting just about anything they want 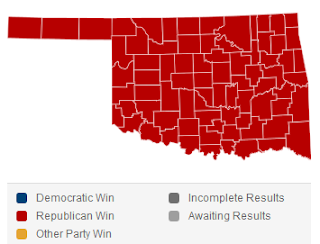 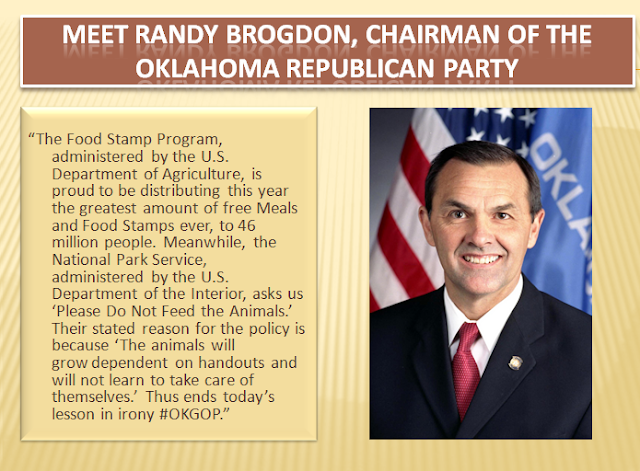 This Brogdon guy seems to be bullet-proof.


Embattled state party staffer T.C. Ryan is a “kind” and “outstanding” young man who has learned from his mistakes, GOP Chairman Randy Brogdon told the Tulsa Republican Club on Friday.

Ryan reportedly pleaded guilty to two misdemeanors in 2013 stemming from a 2012 domestic violence incident. Brogdon has come under fire within the party for naming Ryan the state party’s unpaid executive director, and retaining him as “political director” despite the criticism.


Well, at least they were in the right section of the dictionary.  'Irony' is not that far removed from 'idiocy'.