Welcome to the club, Rick Perry


Have you noticed that Donald Trump is polling better than you are? 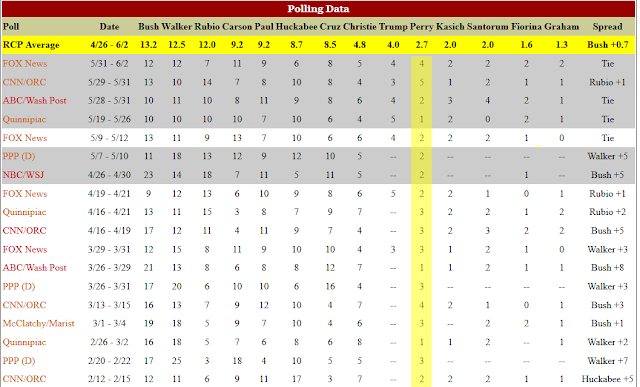 Ready for another round of embarrassments.


The question is whether Perry can erase doubts raised about his readiness for the White House after his 2012 bid. Once touted as Mitt Romney's biggest threat, the longest-serving governor in Texas history made a series of self-inflicted campaign mistakes that showed he was ill-prepared for the rigors of a national campaign.

Even before Perry uttered "oops" in a nationally televised debate [before he decided that black glasses frames somehow made him look 'smarter'] when he couldn't remember the name of the third federal agency he wanted to eliminate, the Texan's campaign was in shambles because of his inability to rebut Romney's attacks on his record.