"Federal money is in place to build a new Amtrak station." 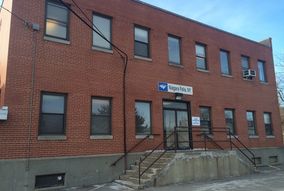 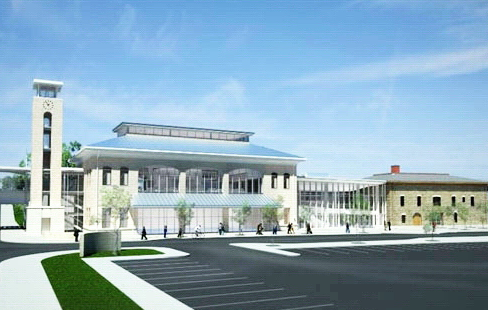 A portion of the former Rainbow Mall "will be the new home of the Niagara Falls Culinary Institute." 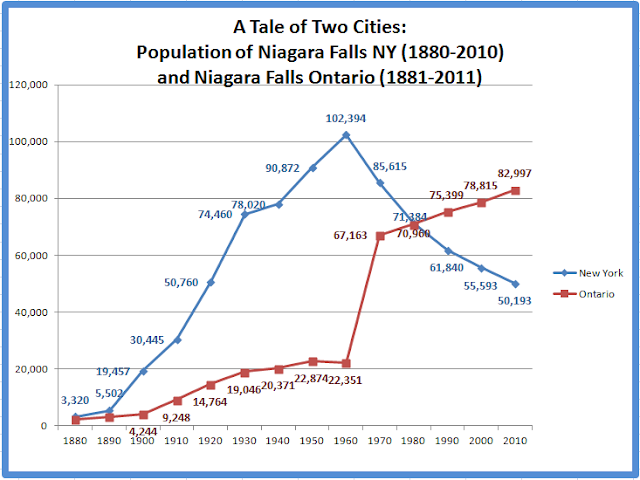 In 1962, Niagara Falls, Ontario, merged with surrounding Stamford Township, creating a single municipality.  That's why there's such a big boost in population from 1961 to 1971.

Niagara County New York has also been losing population since the 1960s, but not nearly as dramatically as Niagara Falls.