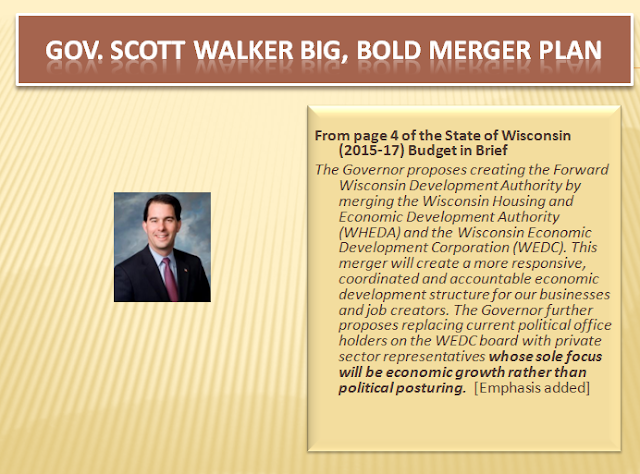 Patrick neglects to add that Walker did so only after being backed into a corner.

But Walker spokeswoman Laurel Patrick told the State Journal on Wednesday that the exemptions were part of the governor’s proposed merger of WEDC and the Wisconsin Housing and Economic Development Authority and were intended to be scrapped along with the merger proposal.

“We are no longer calling for these provisions since Governor Walker called for the removal of the proposed merger in the budget,” Patrick said.