And what positions would those be, Vic? 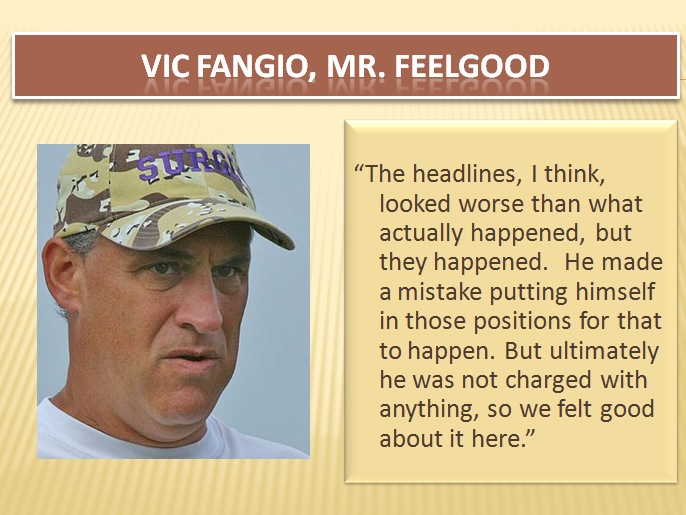 And as for those headlines.....

Are you kidding me, Vic?

The woman told police she woke up naked in McDonald's bed but with no recollection of a sexual encounter. She said McDonald was at first reluctant to tell her what happened the night before but eventually admitted they had sex.

Sounds like nothing more than a little horseplay to me, Vic.


McDonald was arrested on felony suspicion of domestic abuse on Sept. 1, making him the first player arrested on domestic violence charges after the NFL announced the new policy. McDonald was “involved in an altercation” with his 10 weeks-pregnant fiancee during a birthday party at his home,  according to the Sacramento Bee, and was arrested after police found bruises on her arms.