Cowles, an Allouez Republican, called for the removal of all 49 items that the nonpartisan Legislative Fiscal Bureau has deemed to be primarily policy matters. They include proposals to take away power from the Natural Resources Board, expand school voucher programs and establish a commission to review the pay of judges. 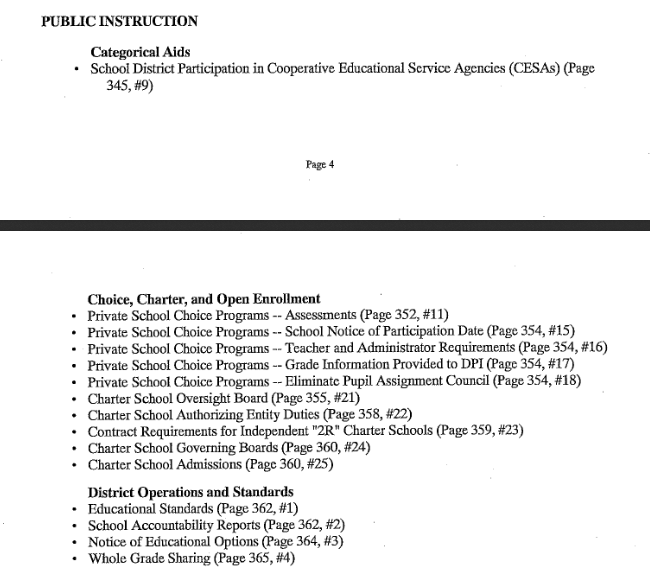 It's called pay to play.  And Scott Walker is returning the favor.


Wealthy campaign contributors and shadowy electioneering groups that back school voucher programs have spent nearly $10 million in 10 years in Wisconsin – much of it to help twice elect a governor who is trying to sharply expand the program, a Wisconsin Democracy Campaign review found.

Spending by school choice backers included $2.8 million in individual campaign contributions to mostly Republican and conservative candidates for statewide office and the legislature from 2003 through mid-2012, and $7 million for outside electioneering activities, like negative mailings and broadcast ads, from 2003 through 2012. 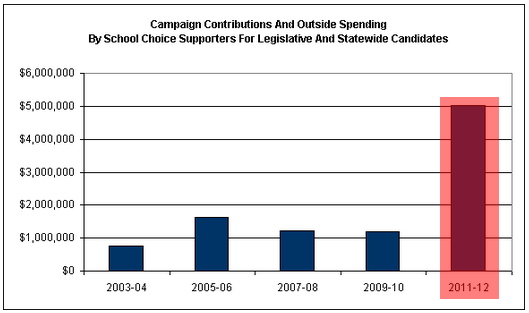