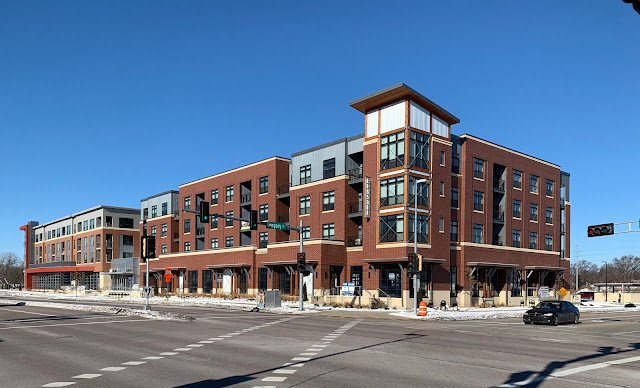 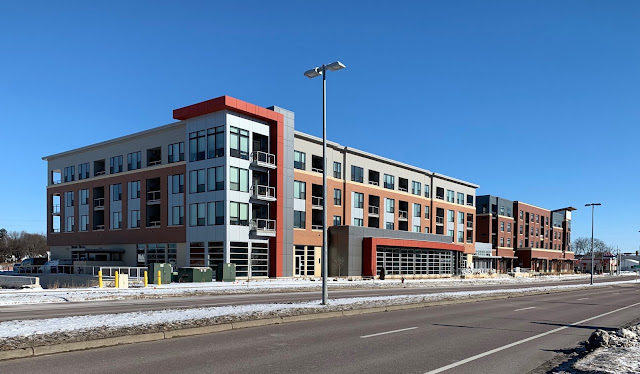 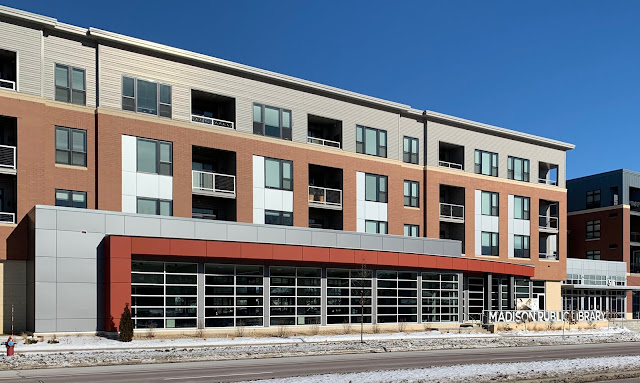 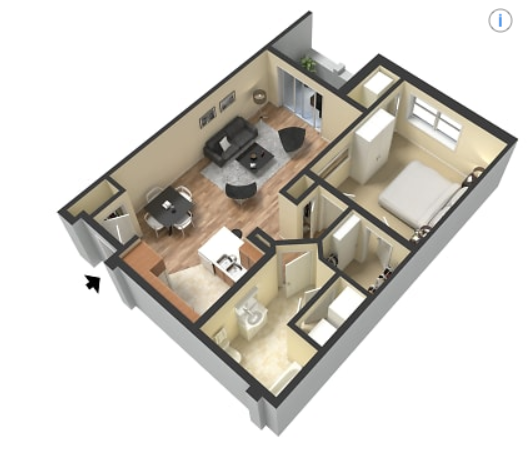 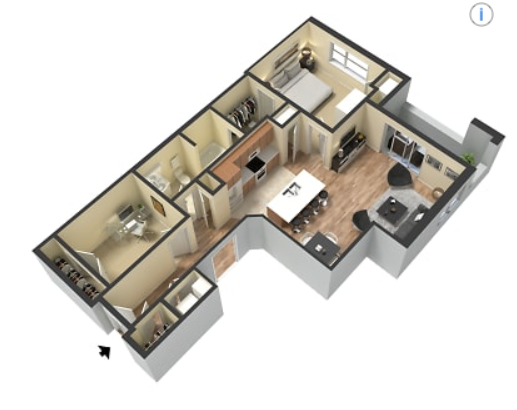 “Multiple project delays meant that we reached the end of our lease at our current Pinney Library before the new Pinney Library was completed, leaving a significant service gap between having to vacate the current site and relocating to the new library,” said Greg Mickells, Madison Public Library director.

It wasn't clear from my recent (April 12) visit about the status of removing or capping the "problematic soil". 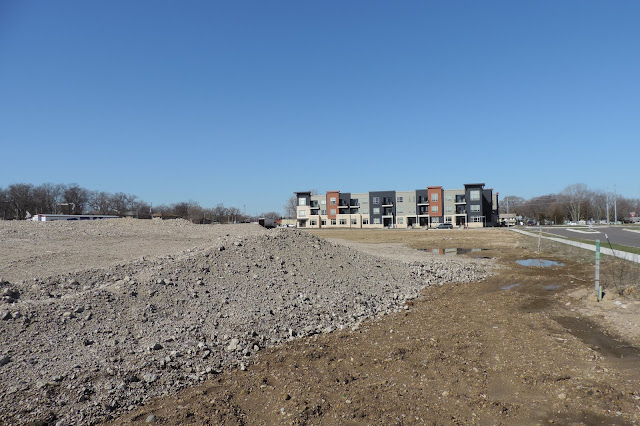 Slight setback at the Royster-Clark site.


An $400,000 in costs and additional project complications.  Since the late 2000s, millions of dollars have been spent demolishing the eight-story Royster-Clark fertilizer plant on Madison’s East Side and cleaning up the ground underneath and around it. Plans call for replacing the hulking eyesore along Cottage Grove Road with a $65.9 million development containing hundreds of housing units interspersed with commercial space and a centerpiece new Pinney Branch library.

The view from across Cottage Grove Road. 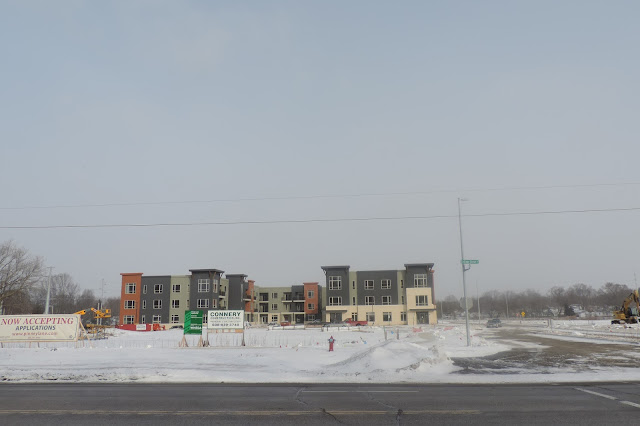 With access roads within the site now paved, I was able obtain these additional views.

From the snow-swept Royster/Pinney roundabout. 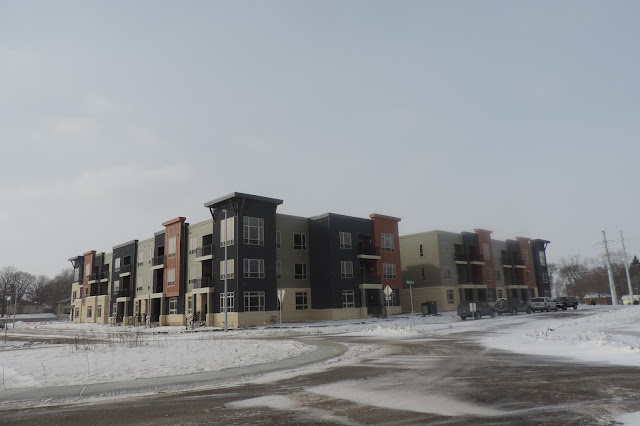 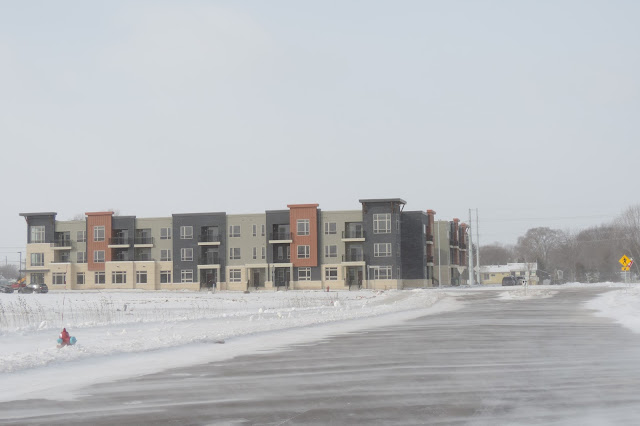 I expected to see more progress made during this visit.  (Tuesday, November 10, 2015) 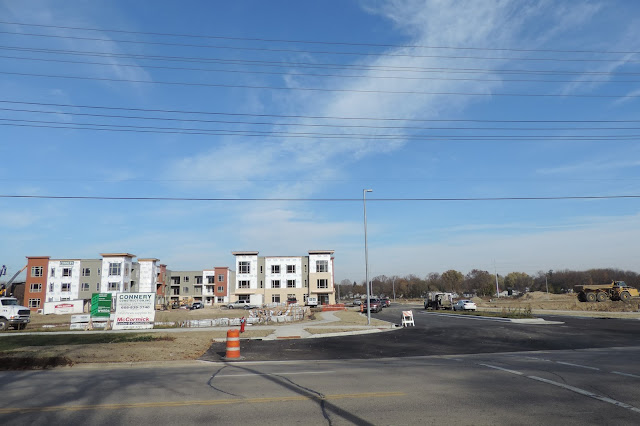 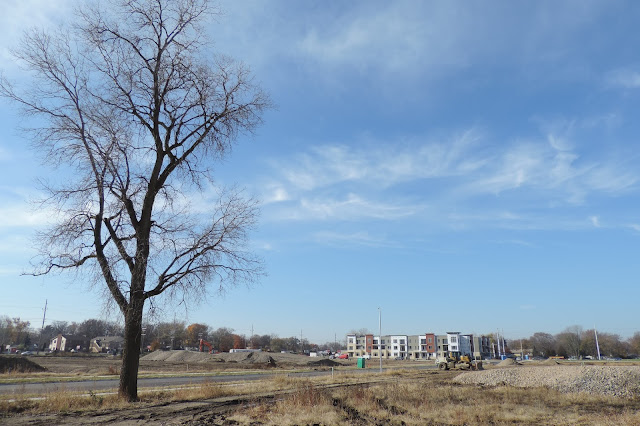 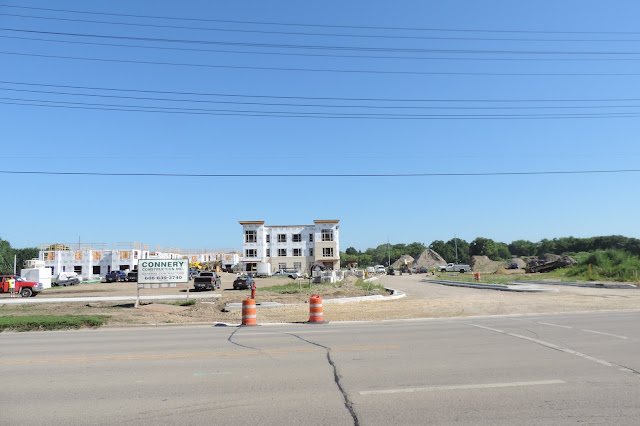 Still a lot of development to go.  (Retiring Guy photo taken on Dempsey Road near the Capital City Trail crossing on Tuesday, August 11, 2015) 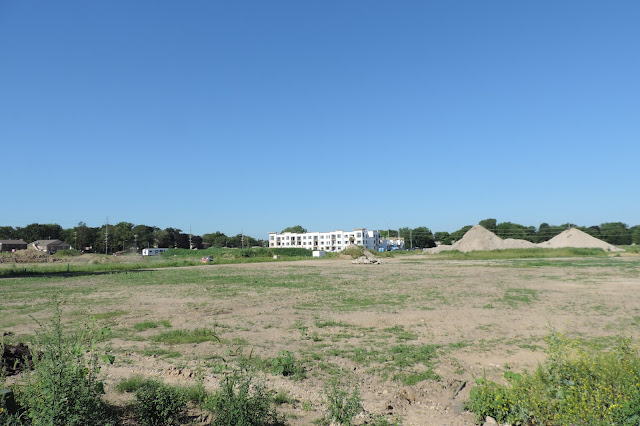 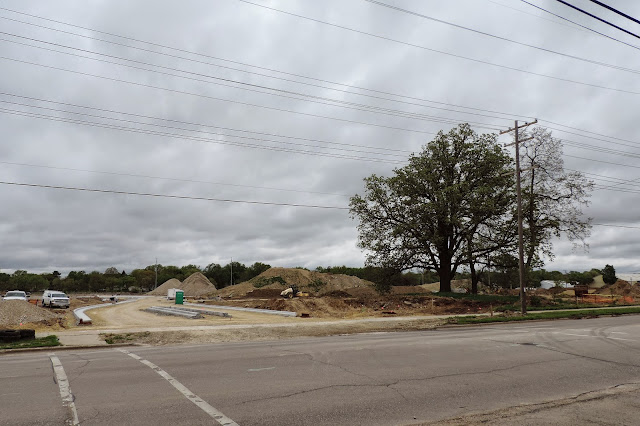 And as you can see, the site development work is now underway where the hulking, long-abandoned Royster-Clark fertilizer plant was located. 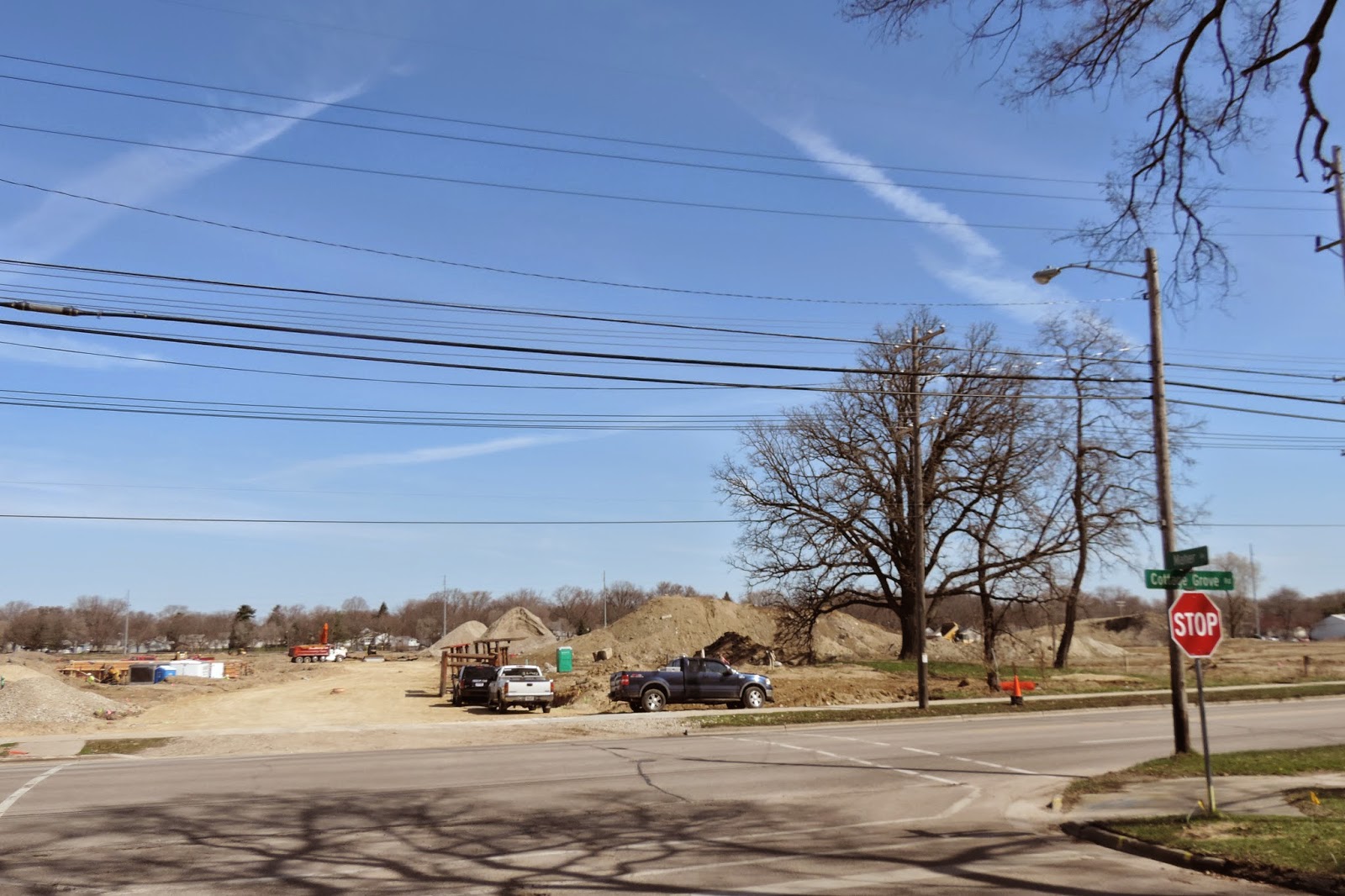 Eventually, the above view will look something like this. 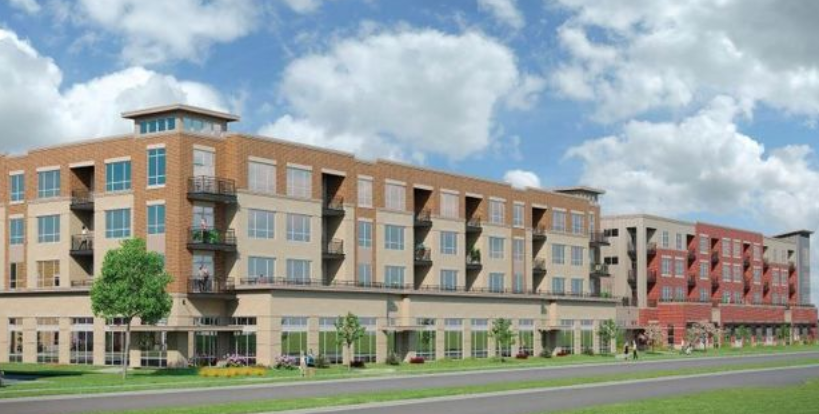 The intersection of Cottage Grove and Dempsey roads on Madison's east side. 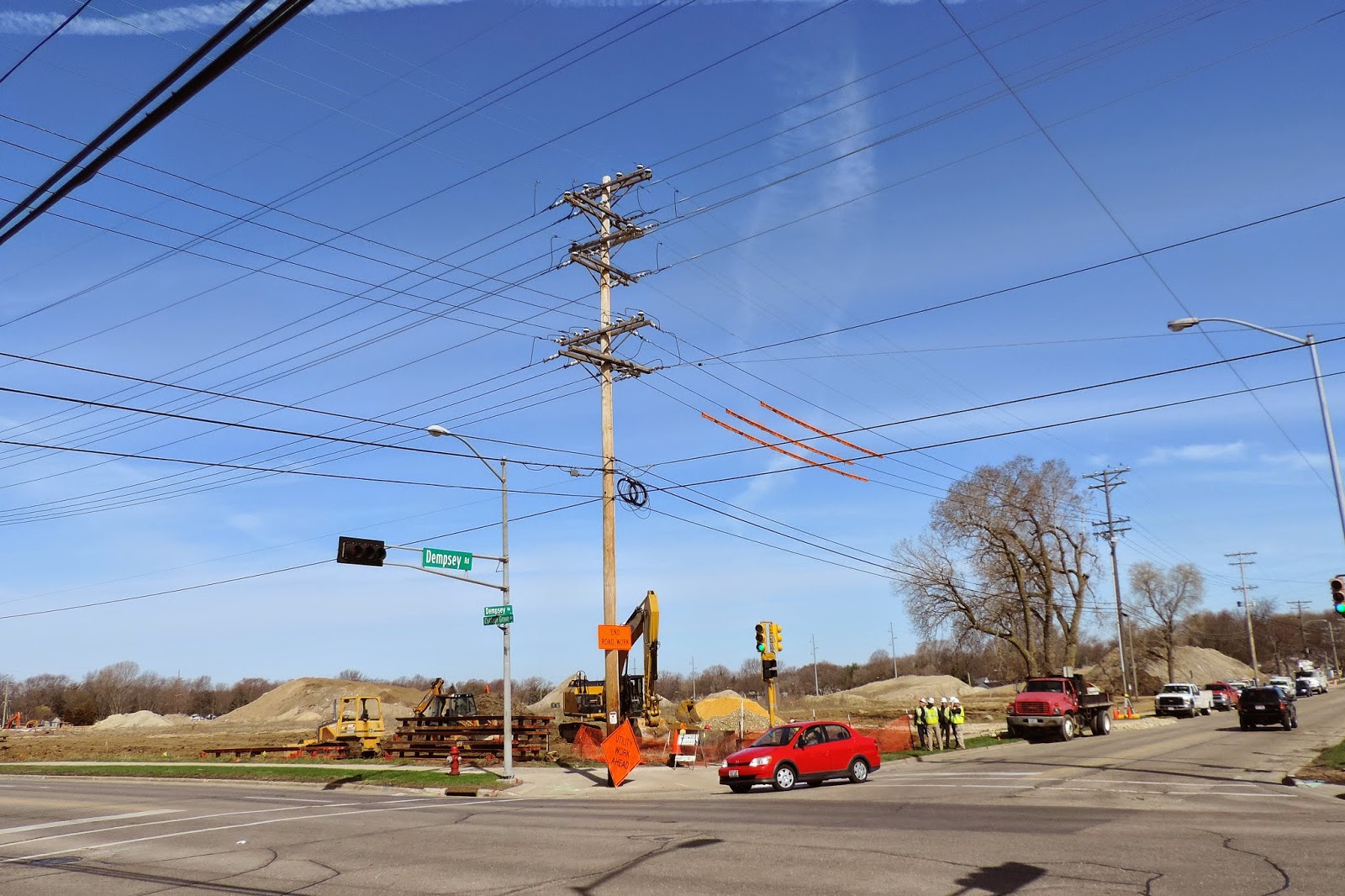 Capital Times.  One of the buildings will feature new space for a relocated Pinney Library on the first floor with three floors of apartments above. The other building is similar with commercial space on the ground floor and apartments above. 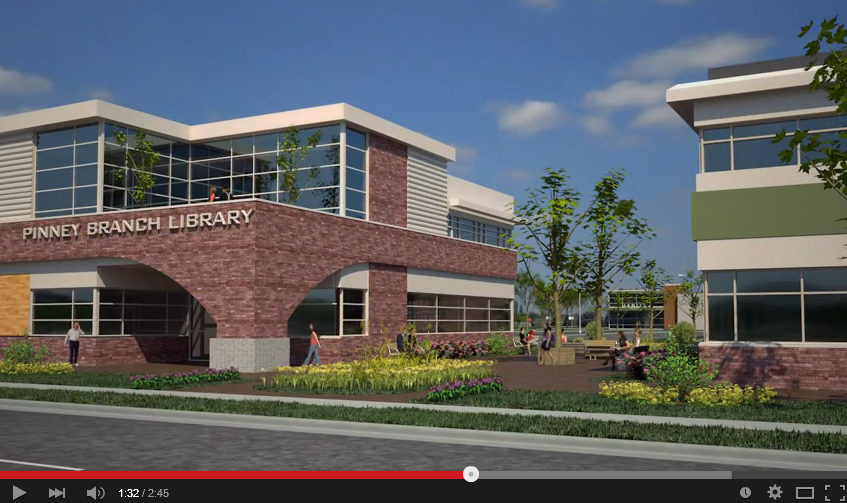 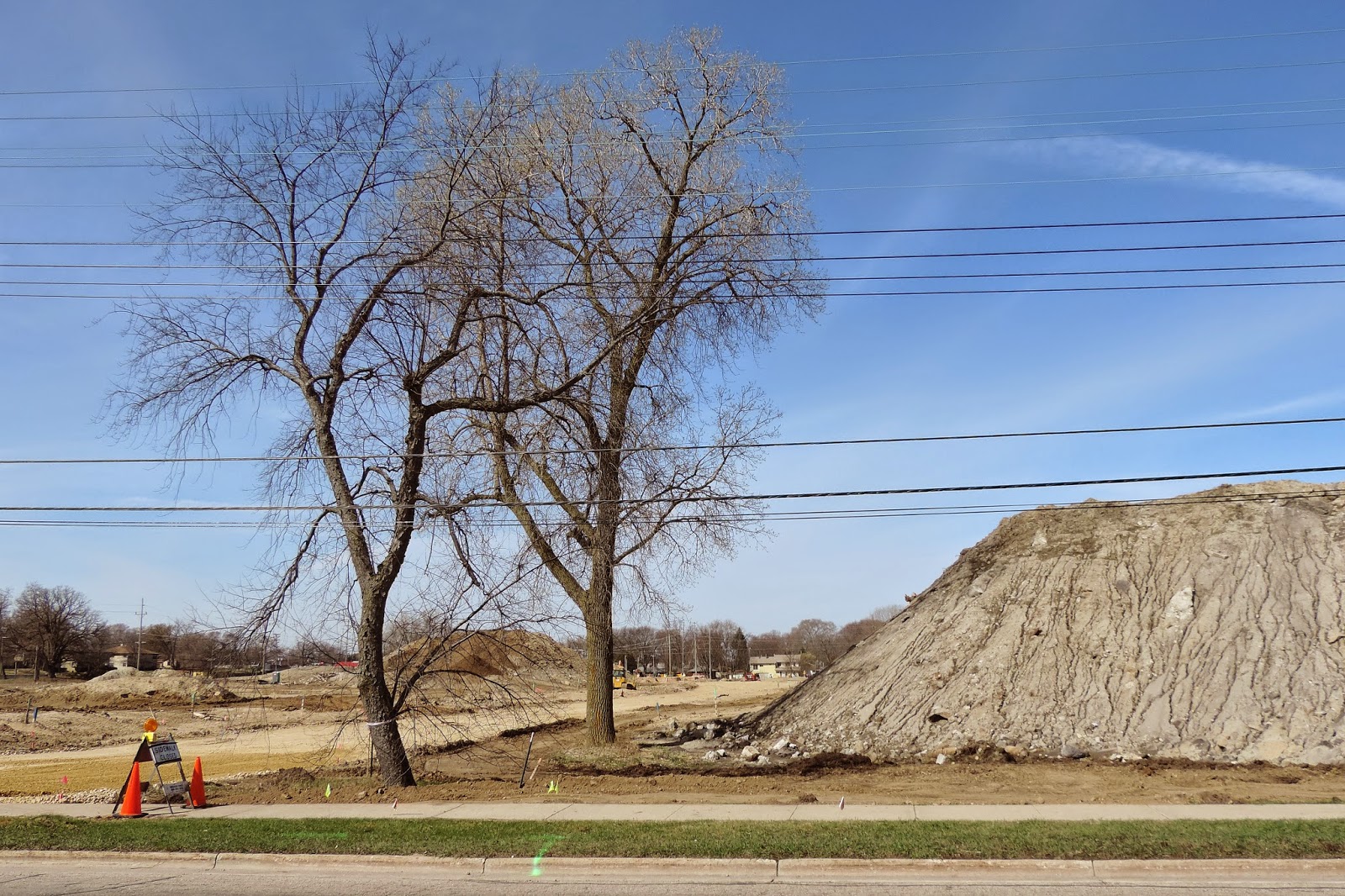 A view of a portion of the 27 acres of the development property, looking west along the Capital City bike trail. 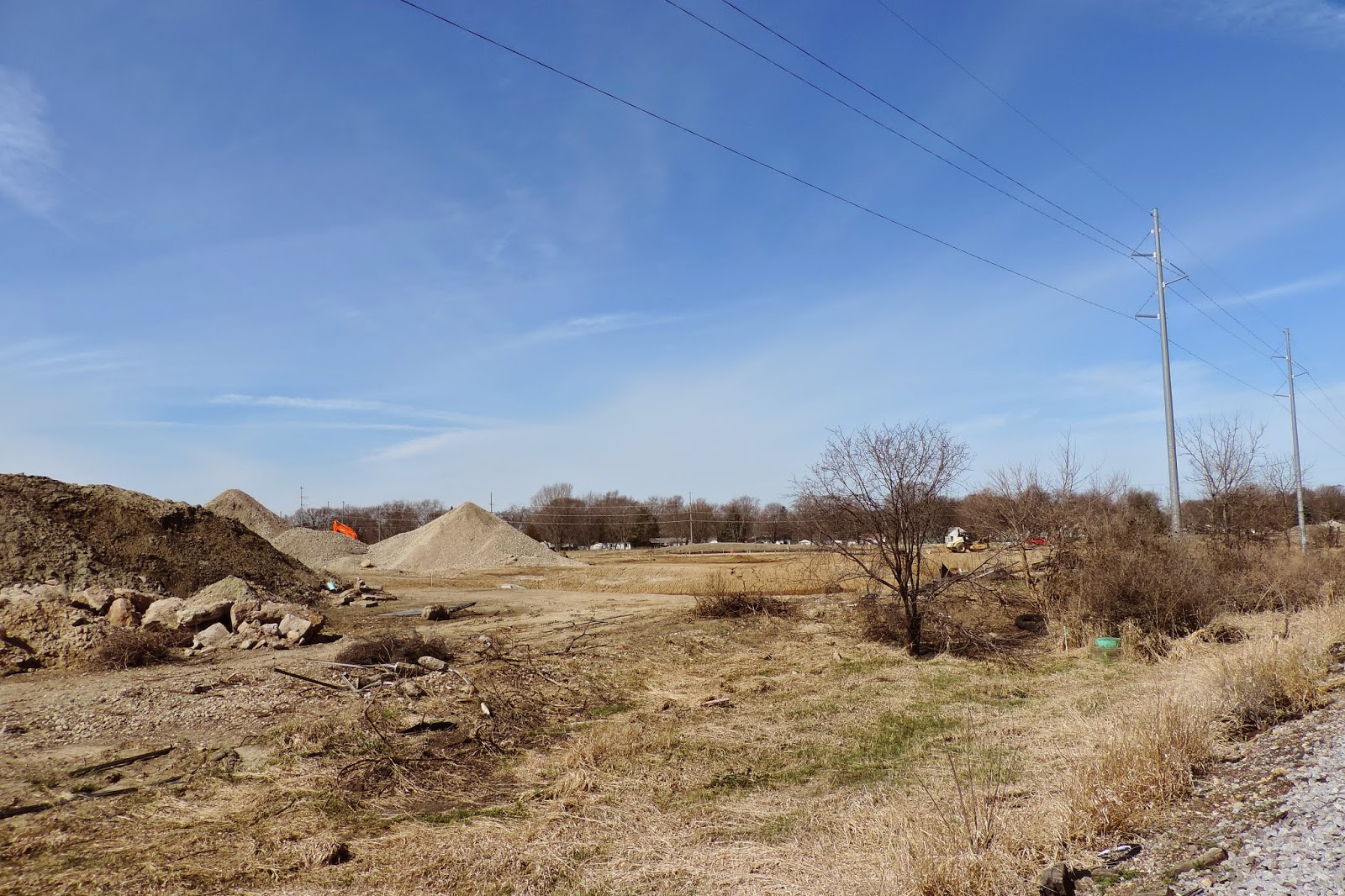 Cough, cough. Ahem. A little too close not to have called to suggest coffee with me, I think. I will take a raincheck, however. ;-) Do check out David Ahren's alder blog for a good update on what's happening at Royster. I'll actually send you a link to it too. You can also follow along on my neighborhood Facebook page: Lake Edge and East Side News (I'll send you a link to that too!). xxoo