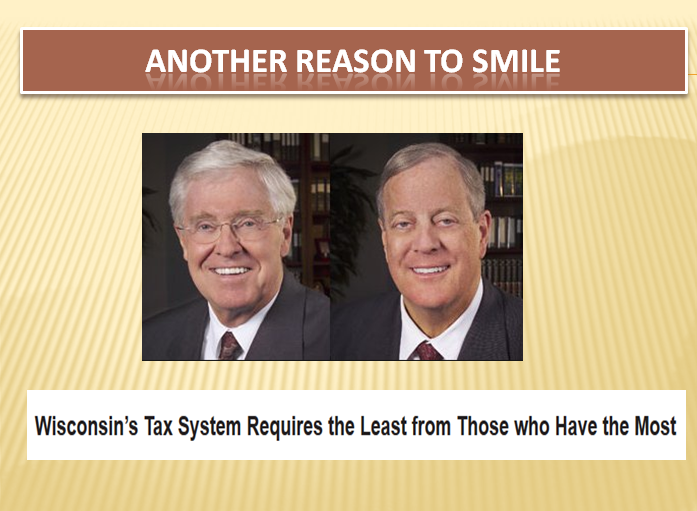 
Wisconsin’s middle class, once one of the strongest in the country, is shrinking faster than in any other state. That trend should set off alarm bells for policymakers, who should be using the tax system and other tools to help Wisconsin’s middle class grow and prosper. Instead, lawmakers have created a tax system in which middle-income taxpayers pay a much higher share of their income in state and local taxes than do the very richest taxpayers.


In Wisconsin, the Koch network aggressively pushed for tax cuts that heavily favor millionaires, billionaires, and big corporations. One of the resulting benefits to the Kochs is that they could see their income tax rate on the manufacturing activities of Koch Industries subsidiaries in Wisconsin drop to as low as 0.15 percent. Conversely, over the past four years, Wisconsin’s working and low-income families have had to pay $170 million more in additional taxes.