Oh, for crying out loud, Scott Walker, just cut the BS and say it: "I'm running for President".


It's been your dream at least since college.


But outside that group, Walker was known for something else: his political ambitions. If you met him, they were as plain as the photo of him with Ronald Reagan on his dorm-room desk.

“He would comment that, you know, ‘I’m going to be president of the United States someday,’ ” said Patrick Tepe, a former dorm mate who is now a dentist. 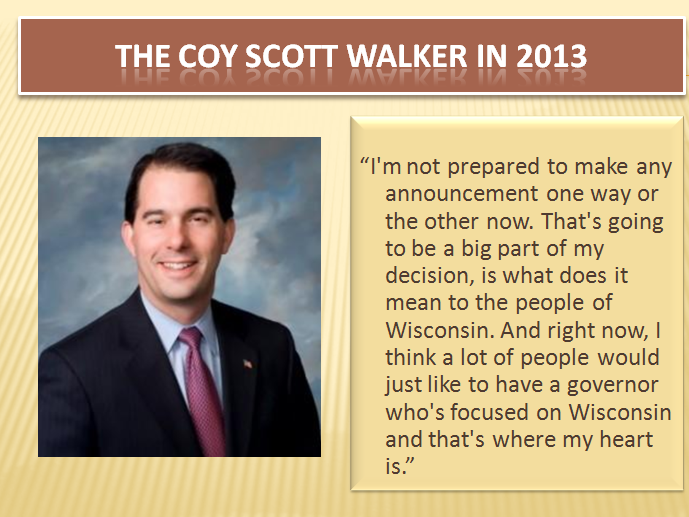 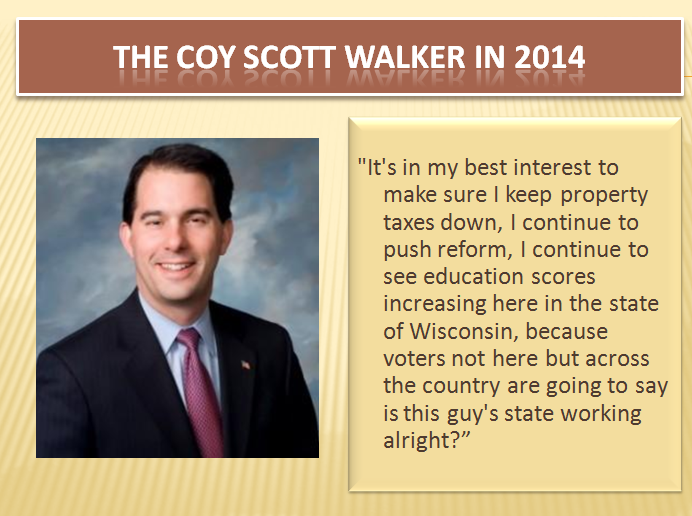 These recent headlines tell us all we need to know.