Like most of his Republican colleagues, Scott Walker can run but can't hide from his strong positions against marriage equality

They picked the wrong poster boy for this meme.


Consider the statements from Republicans like Gov. Chris Christie of New Jersey, Gov. Mike Pence of Indiana and Gov. Scott Walker of Wisconsin, all of whom are considered possible presidential candidates. “A settled issue,” Mr. Christie said after a state court ruled in 2013 that the state could not deny same-sex couples marriage rights.


On the other hand, consider this statement.  (Not "addressed anytime soon"?  That doesn't sound like "a settled issue" to me. 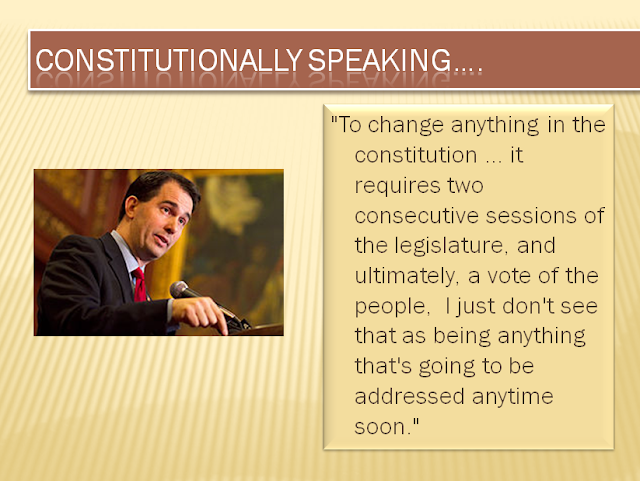 
Or consider this statement.  (Walker can't hide from this affirmation, which he has offered repeatedly.  In fact, one of his favorite statements on the topic goes like this.  "I took an oath of office to uphold the constitution of state of Wisconsin, and the constitution clearly defines marriage as between one man and one woman. I continue to support that.") 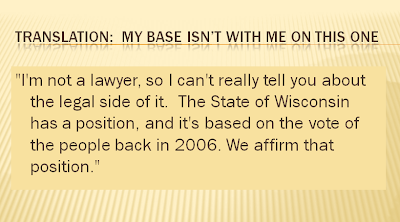 How about this blathering.   (This time he sez, let the churches decide.) 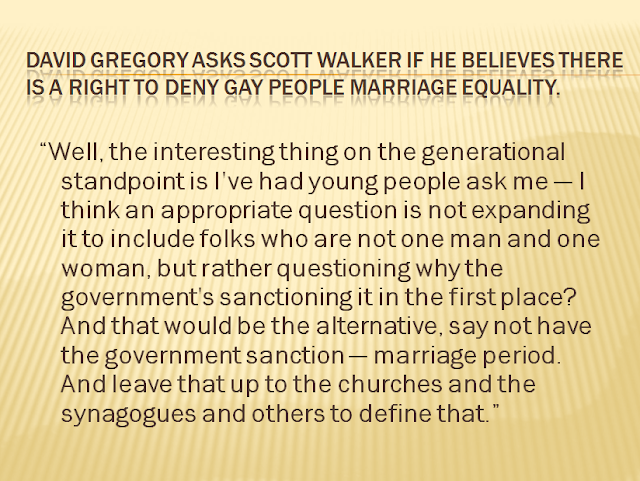 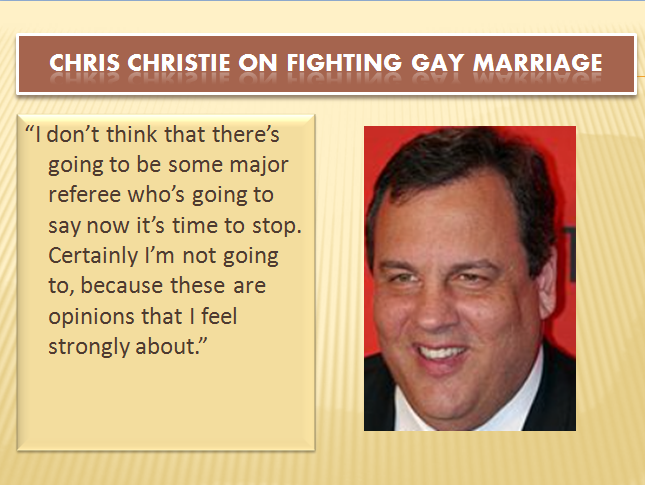